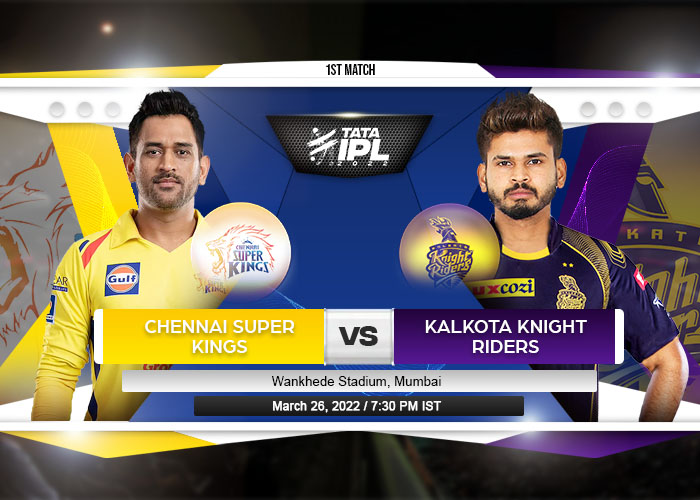 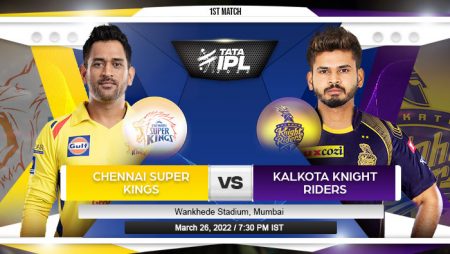 On Saturday, the CSK will face the KKR in the season opener of the Indian Premier League 2022 at the Wankhede Stadium in Mumbai. The match will kick off a two-month cricket carnival that fans have been anticipating. It will also be a rematch of last year’s final, which CSK won against KKR.

CSK will have a new captain in the IPL 2022, with Ravindra Jadeja taking over from MS Dhoni on Thursday. The defending champions will be missing several key players from last season, including Faf du Plessis, Shardul Thakur, and Josh Hazlewood. Meanwhile, Devon Conway and Adam Milne will be joining the squad as newcomers.

In the upcoming game, the franchise will be heavily reliant on the likes of Ruturaj Gaikwad, Dhoni, Jadeja, and Ambati Rayudu. Moeen Ali, the team’s star all-rounder, will miss the opener against KKR.

KKR has a new captain as well, with Shreyas Iyer taking over for Eoin Morgan. KKR paid a whopping Rs 12.25 crore for Iyer during this year’s mega auction. Even KKR will be missing some key players, with Shubman Gill, Rahul Tripathi, and Lockie Ferguson no longer in the squad.

Nitish Rana, Venkatesh Iyer, and Sunil Narine will be crucial to KKR’s hopes this season.

Both teams have met a total of 28 times, with CSK coming out on top with 18 victories. KKR has won nine matches, with one match ending in a draw.

In the final, CSK defeated KKR by a score of 27 runs.