IPL 2022: Marcus Stoinis is furious after being dismissed from a contentious decision by the umpire. 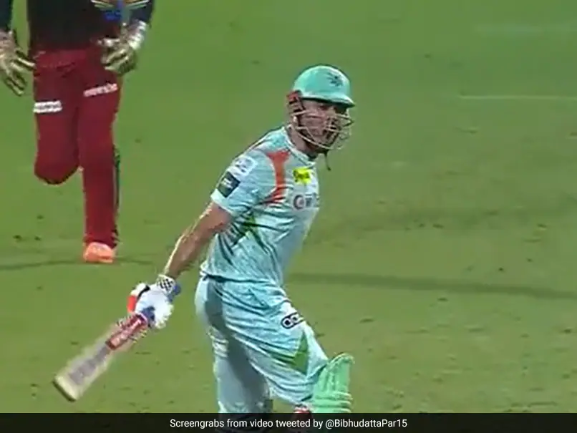 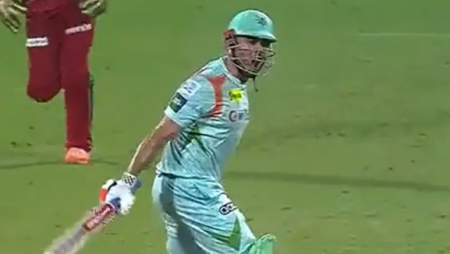 Marcus Stoinis is furious after being dismiss from the IPL 2022 after a contentious decision by the umpire. Stoinis react angrily after being bowl out by Josh Hazlewood. He’s unsatisfied with an umpire’s decision on the previous delivery.

Stoinis was furious after being dismiss by Josh Hazlewood in the final stages of LSG’s failed chase against Royal Challengers Bangalore in the Indian Premier League (IPL) on Tuesday. Marcus move across the stumps for the first delivery of the 19th over. With LSG needing 34 more runs to win, but Hazlewood followed him and bowled it wide. Stoinis ignore it, but the umpire rule it a fair delivery, prompting the Australian to sigh in frustration. Marcus move across the stumps again for the next delivery, expecting the pacer to go wide again. But Hazlewood bowled it into him and he only manage an inside edge onto the stumps, effectively sealing the win for RCB.

Stoinis scream a profanity before swinging the bat at the ground and storming away.

Stoinis made 24 off 15 deliveries and looked in good form, despite the fact that the asking rate increased to 17 in the final two overs.

Stoinis later reprimanded for violating the IPL Code of Conduct, though it was not specified for what. LSG captain KL Rahul also fined 20% of his match fees for a breach of conduct.

The first delivery should have been given a wide, according to Hazlewood.

“I tried to turn around as quickly as possible and return to my mark. I got lucky on that one, so I might have to buy him a beer after that “Hazlewood stated this during the post-match presentation ceremony.

Earlier, Faf du Plessis fell just short of his first IPL century, scoring 96 off 64 balls as RCB post 181/6 after being put in to bat.

Then, Josh Hazlewood took two early wickets to put LSG under pressure, and despite Krunal Pandya’s 28-ball 42, they were unable to chase down the target, finishing at 163/8.

With the ball, Hazlewood was the standout, taking four wickets and allowing only 25 runs.