IPL 2022: LSG team, Belted out their version of ‘Sweet Caroline.’ 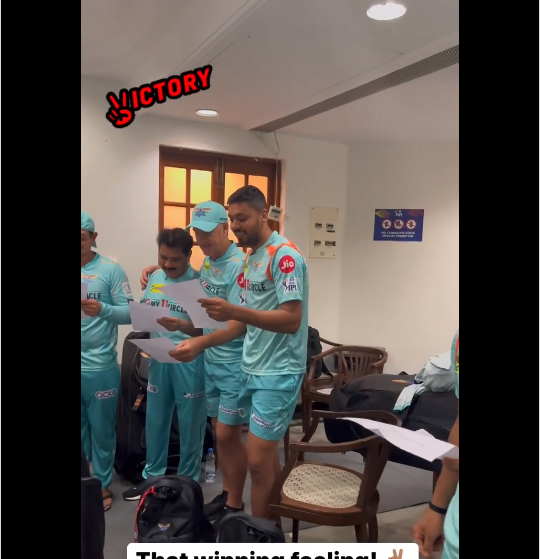 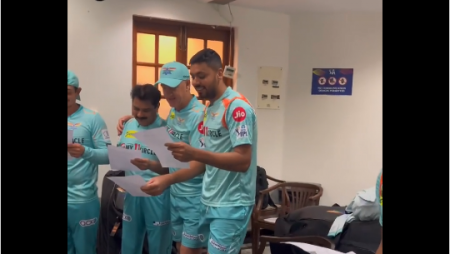 IPL2022: The LSG team won their first IPL match and celebrated with their own rendition of ‘Sweet Caroline.’

Also Visit: After  losing the first ODI against Australia,  a former  Pakistan captain slammed the PCB.

The video was shared on the LSG official Instagram account with the caption, “Straight from the locker room, that winning feeling!!! Completely off the mark!”

LSG had a difficult start to the tournament, losing by five wickets to Gujarat Titans (GT) in their opener.

However, the team bounce back to defeat CSK for the second time in IPL 2022.

In response, LSG’s Quinton de Kock and Evin Lewis both scored brilliant half-centuries, and KL Rahul added a crucial 40-run knock to help the team chase down the target and record their first win.

On April 4, LSG will face SunRisers Hyderabad at the Dr DY Patil Sports Academy in Mumbai.