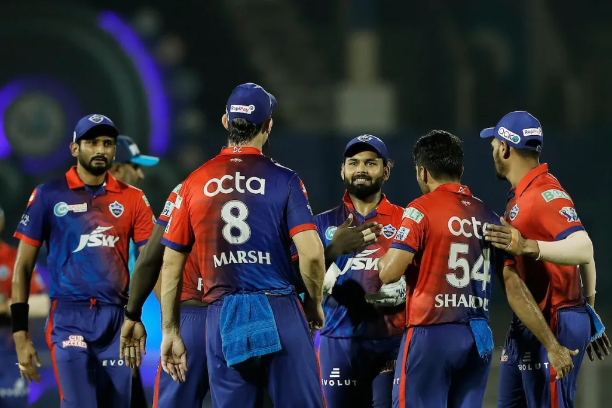 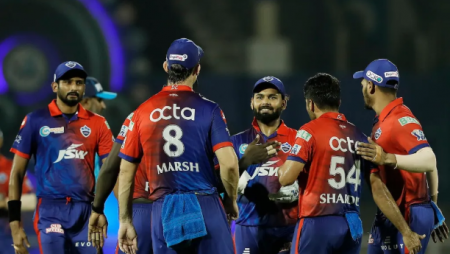 With 10 points from 10 games, the Delhi Capitals are currently fifth in the Indian Premier League (IPL) 2022 points table. The team’s next match is against Chennai Super Kings on Sunday evening, and the Rishabh Pant-led side will be looking for their second win in a row to keep their playoff hopes alive. Moreover, The team defeated SunRisers Hyderabad in their previous game, with David Warner, Rovman Powell, and Khaleel Ahmed standing out. It also remains to be seen whether Prithvi Shaw will be in contention to start for Delhi Capitals against CSK.

Also Read: Daniel Sams after delivering the game-winning last over

Here is our recommendation for DC Predicted XI against CSK

This season, the right-handed batter has shown signs of life, scoring 259 runs. He missed the previous match against SRH and it remains to be seen whether he returns to the squad.

The Australian was at his best against SunRisers Hyderabad, scoring 92 not out to bring his season total to 362 runs. The pressure matches bring out the best in the experienced batter, and he hopes to keep his form going.

This season, the all-rounder has made a good start with the bat but has struggled to bat for a long time. He’d like to change that trend and help the team put up a big total.

The DC captain scored 23 runs in one over against Shreyas Gopal, but was caught on the final ball. This has been Pant’s story this season, and management would expect him to bat long to help DC reach more than a par total.

After a slow start this season, Rovman Powell is finally demonstrating why he is regarded so highly as a power hitter. Powell demonstrated his big hitting skills against Umran Malik, Bhuvneshwar Kumar, and others in the game against SRH.

This season, the all-rounder has been inconsistent in both areas. He would like to put in a strong performance to help the team secure a crucial victory.

The all-rounder was called up after Axar Patel was ruled out with an injury. He’d like to show what he’s made of and make the most of his opportunities.

DC paid Rs 10.75 crore for the all-rounder, but he has yet to deliver a match-winning performance. Thakur would try to demonstrate why he is highly regarded and why he has the management’s support.

This season, the spinner has been on fire, taking 18 wickets in 10 games. He has a knack for picking wickets when DC is in trouble, and he hopes to stand up for the team.

The pacer has only appeared in two games this season, taking his first wicket against SunRisers Hyderabad. He would like to see the nerves settle so that he could deliver consistent performances.

In the previous game against SunRisers Hyderabad, the left-arm seamer took three wickets. On the other end, he also plays a perfect fiddle for Nortje. DC is hoping for early breakthroughs from the duo.

Also Read: Match 55: IPL 2022 CSK vs DC Prediction for the Match – Who will win the IPL Match Between CSK and DC?