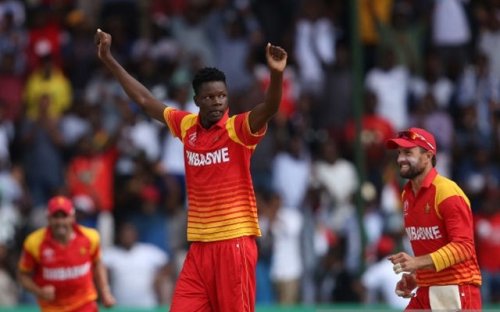 Zimbabwe fast bowler Blessing Muzarabani appears set to make his debut in the upcoming Indian Premier League (IPL). He will join the Lucknow Super Giants (LSG) either as a replacement for Mark Wood or as a net bowler. There has been no official confirmation, but he is expected to arrive in India soon to join the Lucknow franchise.

The official Twitter account of the Indian Ambassador in Zimbabwe confirmed the pace bowler’s departure for India for the cash-rich league. It is unclear whether Muzarabani is a replacement or if he is joining as a net bowler.

“Ambassador met with Zimbabwean bowler Mr Blessing Muzarabani as he prepared to leave for the #IPL2022. “Ambassador wished him and his team #LucknowSuperGiants all the best,” read the tweet.

Taskin Ahmed was not permitted to play in the IPL 2022 by BCB.

LSG had previously approached Bangladesh pacer Taskin Ahmed to replace Mark Wood in their batting order. The Bangladesh Cricket Board (BCB), however, refused Taskin due to the team’s current tour of South Africa. He is currently playing in the ongoing ODI series and will also play in the Test series against the Proteas. Furthermore, with the upcoming home series against India, the BCB did not give him the NoC for the IPL 2022.

“Because we have two important series, including the ongoing home tour of South Africa and the home series against Sri Lanka, we believe it would be inappropriate for him to participate in the IPL.” We spoke with Taskin, and he understood the entire situation. “He informed the franchise that he will not be playing in the IPL and will be available for the South Africa tour and will later return home,” BCB cricket operations chairman Jalal Yunus said in a press conference.