IND vs SL 2nd T20I: Ishan Kishan is taken to the hospital after being hit on the head 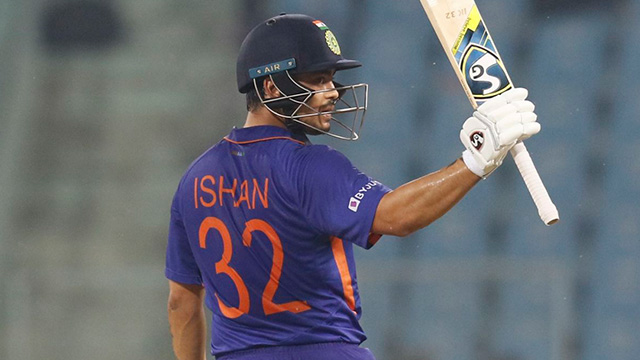 IND vs SL 2nd T20I: Ishan Kishan is taken to the hospital after being hit on the head.

During the end T20I against SL on Saturday, India batter Ishan Kishan suffer a head injury and taken to a hospital in Kangra, Himachal Pradesh. In addition to Ishan Kishan, Sri Lanka batter Dinesh Chandimal was taken to the hospital after injuring his thumb while fielding.

“I am assign to the Indian team, and I learned that one of their players had been taken to the hospital with a head injury. He had a CT scan and has been under observation ever since “According to Dr. Shubham.

“A Sri Lankan player was also taken to the hospital after suffering a thumb injury during the second T20I. We are currently monitoring everything “He continued.

With this victory, India clinched the two-match T20I series (2-0) with one game remaining. The third T20I between the two teams will take place on Sunday.

India, chasing 184, got off to a shaky start, losing skipper Rohit Sharma in the first over. Rohit bowl by Dushmantha Chameera after edging the ball onto the stumps.

Kishan and Iyer put on a 35-run stand before being bowl out in the 6th over by Lahiru Kumara. The innings was then carried by Shreyas and Samson, who accelerate at just the right time to get close to the target.

Binura Fernando took a one-handed catch in the 13th over to dismiss Samson and reduce India to 128/3. However, Jadeja and Shreyas Iyer (74) led India to a comfortable win over Sri Lanka in the second T20I. Jadeja and Shreyas put on an important 58-run stand in 25 balls.

2 Replies to “IND vs SL 2nd T20I: Ishan Kishan is taken to the hospital after being hit on the head ”