IND vs NZ 2021: Virat Kohli shares photos of an ”cool cat” with him during practice 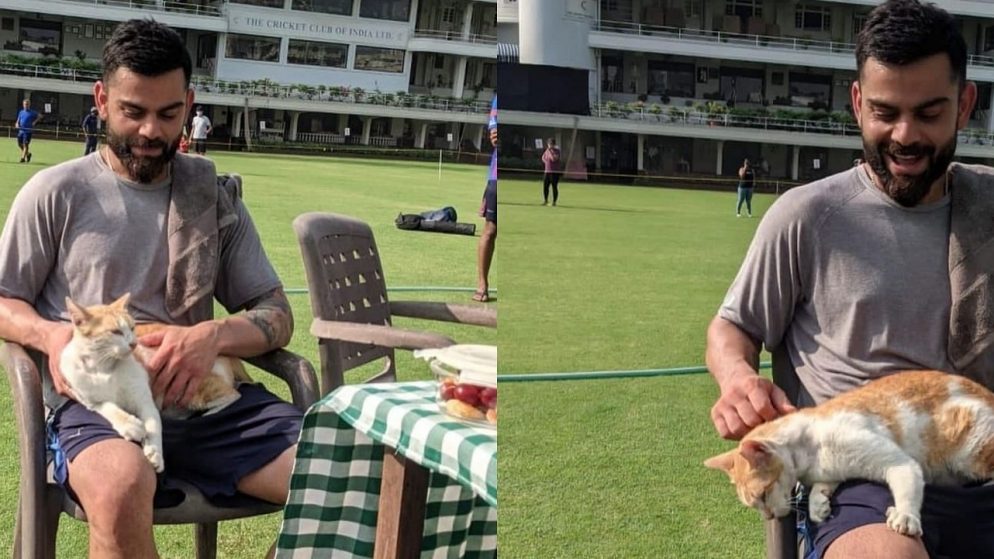 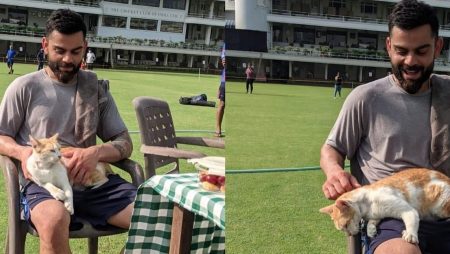 IND vs NZ 2021: Virat Kohli has shared cute pictures with a cat. During the team’s practice session ahead of the two-match Test series against New Zealand. Also, having the T20I series 3-0, India is now gearing up for the Test series. Which begins with the first Test at Green Park in Kanpur. For the T20I series, Kohli was rested. He also won’t be taking part in the Kanpur Test. Kohli will also take charge of the team in the second Test. Which will be held at Mumbai’s Wankhede Stadium. Kohli tweeted a couple of photos of himself with a cat on his lap on Tuesday. During a practice session for Team India.

“A quick hello from a cool cat at practice.”

IND vs NZ 2021, “Launda from Dilli and Mumbai ki billi,” Virat Kohli said in response (lad from Delhi and cat from Mumbai). Kohli just announced his retirement from the T20 captaincy after the T20 World Cup in 2021. Kohli did not have a pleasant farewell as T20 captain. In addition, India was unable to progress past the Super 12. Prior to then, he had relinquished the leadership of his IPL franchise Royal Challengers Bangalore. And Under Kohli, Bangalore reached the playoffs in IPL 2021. But went down to Kolkata Knight Riders in the Elimination round.

Moreover, Bharat Arun has revealed. Virat Kohli was happy to let MS Dhoni handle the ‘little details’ during his early days as India captain. And then Kohli and his predecessor Dhoni share a great mutual respect for each other.

“Lastly, Ravi told the importance of having a senior member like Dhoni in the team. It was about giving a lot of respect. and he would definitely help him. Kohli understood that. of course. and it was a seamless transition,” Bharat Arun said.

Visit also: Inzamam-ul-Haq has come down hard on Bangladesh cricket for not improving competition among their team against Pakistan