In the first ODI between India and the West Indies, Nicholas Pooran’s direct hit runs out Shubman Gill. 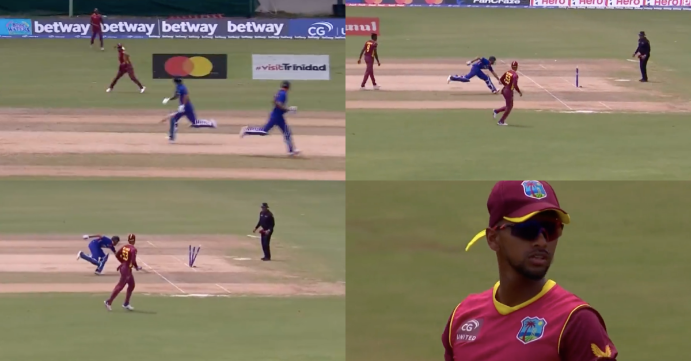 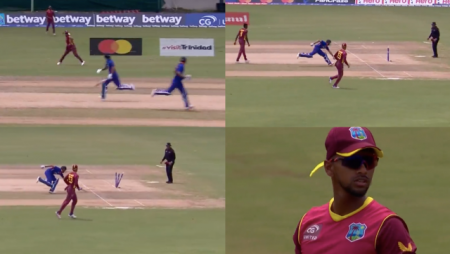 In the first ODI between India and the West Indies, Nicholas Pooran’s direct hit runs out Shubman Gill. Shubman Gill was run-out during the 18th over of the innings, on the fourth ball of the over.

Shubman Gill, a right-handed batter, looked in fine form as he raced to his fifty in the first ODI against the West Indies. The 22-year-old appeared to be in sublime touch, and the West Indies bowlers had no answer for him. However, Gill’s innings was cut short when he was caught short at the non-end striker’s by Windies skipper Nicholas Pooran, who made a direct hit, forcing the right-hander to walk back after scoring 64 runs.

Gill was run-out in the 18th over of the innings, on the fourth ball of the over. Gill raced across for a run after Alzarri Joseph bowled a back of a length delivery. However, the batter made a sloppy effort, falling short of his crease.

For the first wicket, Gill and Dhawan had put on 119 runs. While the right-hander scored 64, he also fell short of his century, departing after 97 runs.

India finished with a total of 308 for seven in 50 overs.

The West Indies had a poor start to the chase, losing Shai Hope early on.

Kyle Mayers and Shamarh Brooks, on the other hand, steadied the ship, adding 117 runs for the second wicket.

Mayers scored 74 points, while Brooks had 46. Shardul Thakur fired both of them in quick succession.

Although Akeal Hosein and Romario Shepherd had unbeaten cameos of 32 and 39 minutes, respectively, Siraj kept his cool in the final game to lead India to victory.