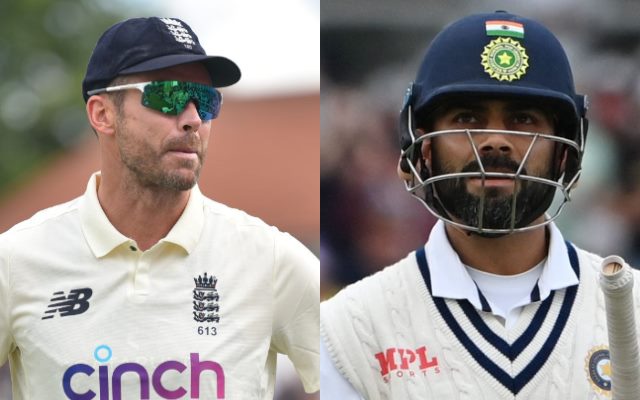 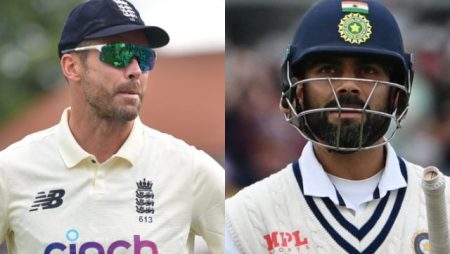 “I’d love to bowl at Virat Kohli again,” James Anderson says. James Anderson took five wickets in the first innings and another in the second innings of the fifth rescheduled Test between India and England earlier this month at Edgbaston. However, none of those scalps included former Indian cricket captain Virat Kohli’s prized wicket. The match between the two great cricketers is tantalizing. In Tests, Anderson has dismissed Kohli seven times.

Anderson, the all-time third-highest Test wicket-taker with 657 scalps in 172 matches, is two days away from turning 40. There is much speculation about when the veteran pacer will retire from cricket. Some even wondered if the rescheduled Test between India and England would be the final time the world saw the Kohli vs Anderson match. Anderson has now hinted at his future career plans.

“Well, I’m not sure. I’d love to bowl against Virat again. So perhaps I’ll stay for the next tour “Anderson said this on Sony Sports Network’s ‘Extraaaa Innings.’

According to ESPNcricinfo, India will play two Test series against England, one at home in early 2024 and one away in 2025. If that report is accurate, Anderson may be able to play beyond next year. There has been no official confirmation of this.

Zaheer Khan predicted that the rescheduled Test would be the last time Anderson and Kohli faced off in a Test match.

“The more you see of this battle, the more you will appreciate it. When the figures of the competing players are nearly equal in a contest, it becomes interesting. Perhaps this is your last chance to see this competition. Anderson will have to say goodbye to this game because he is no longer playing matches on a regular basis. Perhaps that point is very close. Perhaps this is the last time you will see this contest because the next time India plays England in England will be a long time after this series. This time around, the competition will be exciting “Zaheer Khan stated earlier in a discussion on Cricbuzz.