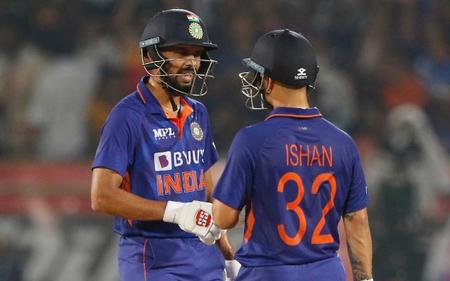 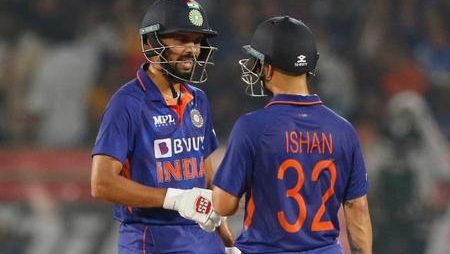 I hope Ruturaj and Ishan take on more responsibilities: Chopra, Aakash. In the opening ODI against South Africa, Ishan Kishan and Ruturaj Gaikwad were dismiss for very little run.

Aakash Chopra, a former Indian batter, urged Ishan Kishan and Ruturaj Gaikwad. Two young players, to bat more responsibly in the final two One-Day Internationals against South Africa. The stage is set for Ishan and Ruturaj to forge a significant partnership. And make a statement as India is in trouble at 8 for 2 in the first ODI. Instead, both batters were cheaply remove after making starts, leaving India reeling at 51 for 4.

Ishan has been include in the plans for the T20 World Cup 2022. Until the return of KL Rahul and Virat Kohli the regular players. Ruturaj, who played in his first ODI in Lucknow. Has so far had trouble matching his IPL 2021 performance in international cricket.

You must capitalize on your opportunities: Aakash Chopra

Chopra believed that Washington Sundar is in line to replace Ravi Bishnoi in the starting XI. While he anticipated that the two young players, Ruturaj and Ishan, would put forth a better effort. He cited the first ODI’s standout performers Shreyas Iyer and Sanju Samson. As examples and emphasized the importance of maximizing opportunities.

“I am expecting just one change in the Indian team and that is Washington Sundar coming in place of Ravi Bishnoi. I hope the likes of Ruturaj and Ishan take on more responsibility and show better application.”

“You’re getting the chances now, but once the T20 World Cup is done, the seniors will be available and they will play. You need to make the most of your chances like Sanju Samson and Shreyas Iyer have done.”

The series is on the line for India in the second ODI, which is schedule for Sunday, October 9, at Ranchi’s JSCA International Stadium Complex. South Africa put on a strong showing in the first ODI in both the batting and bowling departments, and they intend to keep it up.