Here is the World Test Championship opening match between Australia and the West Indies. 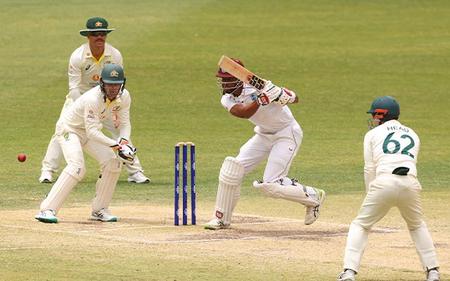 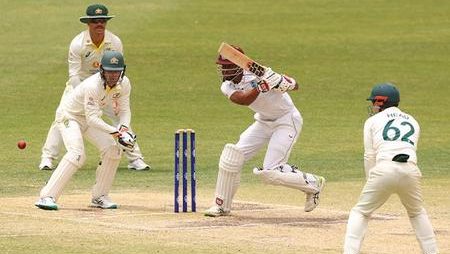 Here is the World Test Championship Points Table following the opening match between Australia and the West Indies. Australia retained their top ranking with a commanding 164 run victory.

In the opening Test, Australia defeated the West Indies with ease, winning by 164 runs. After three days of unbroken home dominance. The visitors finally gained the upper hand on the fourth day through to captain Kraigg Brathwaite’s outstanding century. On the last day, he was unable to maintain the same momentum. Which allowed Australia to retake the lead and go on to win the match.

The choice to bat first, made by skipper Pat Cummins after winning the toss. Was a wise one for the hosts as Australia seized control right away. Although West Indies were able to take a wicket early on when Jayden Seales removed David Warner, the bowlers were powerless to counteract Australia’s early advantage.

Marnus Labuschagne and Steve Smith then took control of the batting, both scoring a double-hundred until Australia declared on the second day of the Test at 598/4. As openers Kraigg Brathwaite and Tagenarine Chanderpaul scored half-centuries, West Indies got off to a good start. However, after their departure, West Indies’ streak ended, as they were bowled for 283 runs, giving Australia the lead.

Australia capitalized on Labuschagne’s scorching form in their second innings as well, amassing 182/2 before declaring the second innings. When West Indies began their final chase, the hosts enjoyed a commanding 497 run advantage. With almost two days left, the hosts got off to a strong start with to a 116-run partnership between openers Brathwaite and Tagenarine Chanderpaul.

The West Indies captain hit a century before the fourth day was up, but he was removed by Nathan Lyon because he was unable to maintain his momentum on the final day. On the last day, West Indies lost a lot of wickets until Roston Chase and Alzarri Joseph put together an 82-run stand for the eighth wicket to calm the waters. However, Lyon performed the heavy lifting with the ball, and Australia won by a score of 164 runs, negating their efforts.

With the victory, Australia maintained its commanding lead atop the points standings with 72.73 percent. West Indies suffered their fourth loss, although they are still in sixth position. Their previous points percentage of 50 has dropped to 45 presently. The Australians have improved their chances of winning the World Test Championship.

Sri Lanka maintains its third-place position with 53.33% points, while South Africa continues to hold onto the second spot with 60%. Pakistan is closely behind India in fifth place with 51.85% points, while India is still in fourth with 52.08%. The positions of England, New Zealand, and Bangladesh are seventh, eighth, and ninth, respectively.