“He is more skilled than I am,” Sourav Ganguly says of Virat Kohli comparisons. 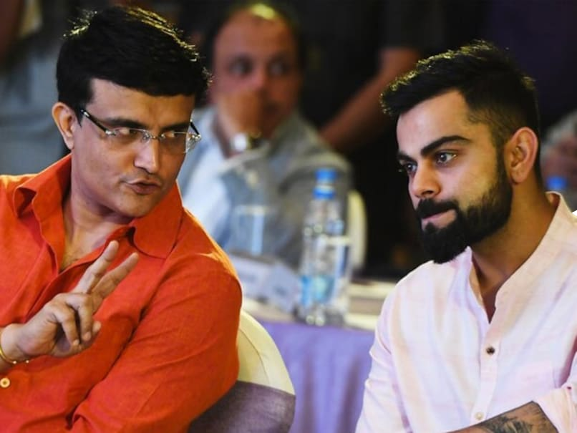 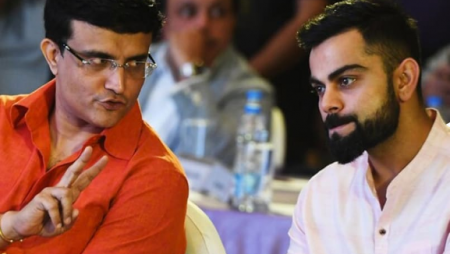 “He is more skilled than I am,” Sourav Ganguly says of Virat Kohli comparisons. The host of “The Ranveer Show” asked Ganguly how he feels about comparisons to Kohli based on their aggression.

Sourav Ganguly and Virat Kohli share many similarities. Both have captained India and are known on the field for being aggressive, passionate characters. Both in their actions and in the way they led their teams. As a result, it’s not surprising that comparisons between the two are frequently made. However, Ganguly, now the president of the Board of Control for Cricket in India (BCCI), stated that comparisons should be made based on their skills, and admitted that Kohli is “more skilled” than he was.

The host of “The Ranveer Show” asked Ganguly how he feels about comparisons to Kohli based on their aggression.

I don’t think that should be the comparison: Sourav Ganguly

“The comparison should be made in terms of player skill. I believe he is more skilled than I am “He continued, saying

“We played in various generations and played a lot of cricket. I played in my generation, and he will likely continue to play and play more games than I did “Ganguly went on.

“At the moment, I believe I have played more than he has, but he’ll get past that,” he said before concluding, “He is tremendous.”

While Kohli had been out of form for a while, he came back strong in the Asia Cup, hitting two fifties and finishing with his first T20I century.

His unbeaten 122 off just 61 deliveries was his first international century since November 2019.

The batting legend now has 71 international tons, which ties him with Ricky Ponting. Only Sachin Tendulkar has more, with a hundred hundreds.