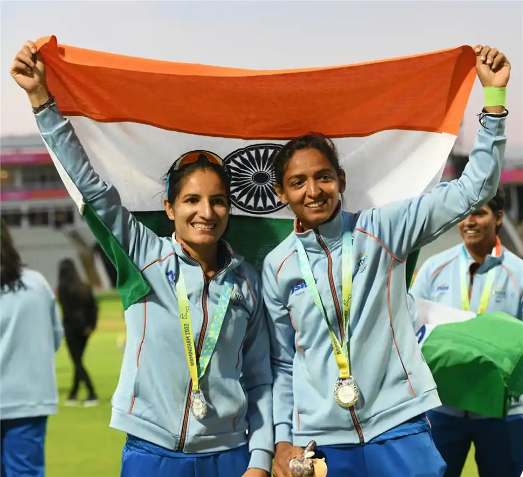 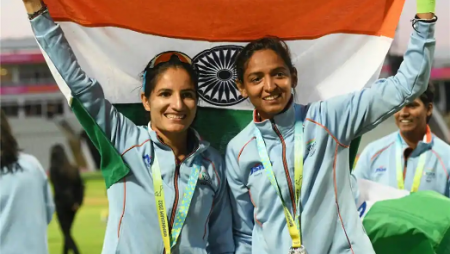 Harmanpreet Kaur after the CWG 2022 Silver Medal. “I know we were so close to winning gold, but our overall performance was fantastic,” Kaur said.

The Indian women’s cricket team had a difficult time on the field at the Commonwealth Games 2022 final on August 7 in Edgbaston. They were only nine runs away from winning their first major title when Australia defeated them to win the gold medal, and India settle for silver.

During the medal ceremony, a sense of disappointment could be seen on the players’ faces. As they had suffered a major loss, and Indian skipper Harmanpreet Kaur’s body language and expressions. Clearly denoted what the team had been through, as this was their third major tournament finals loss.

Kaur, who has been a part of the Indian setup for a long time, has lost the 2017 World Cup finals to England, the 2020 World Cup finals to Australia, and now the CWG 2022 finals to the same opponents. When Kaur returned to address the media minutes after the ceremony, she was much more accepting of the outcome and the impact it might have on a future generation of athletes.

“I’m pleased and satisfied with how we played throughout.” I know we came close to winning gold, but our overall performance was excellent. This is our first time competing in this tournament, and we’re thrill to have won a silver medal. A medal is something that will inspire people back home to start playing cricket. We want to inspire young girls as a group. Success on this platform will inspire many people back home,” Kaur told the media.

We’re not far from being the undisputed kings of all formats: Harmanpreet Kaur

Despite the fact that they let a gold medal slip right under their nose, India gained a lot of loyal followers before the first ball was bowled. When asked to summarize the team’s current state, Harmanpreet said she believed India was on the right track and agreed with Australian skipper Meg Lanning that the Indian team was not far from becoming a force to be reckoned with that top sides like Australia would be wary of.

“I know we could have easily won gold, but anything is better than nothing; at the very least, we got silver.” We deserved it after all of our efforts. If not gold, we’re happy with what we have today. We’re on the right track as a group; we just need to keep working hard. We’re not far from dominating across formats, as Lanning stated. We’re getting better as a team, and it won’t be long before we start winning back-to-back,” Kaur added.