Hardik reveals conversation with Rishabh during series decider against England 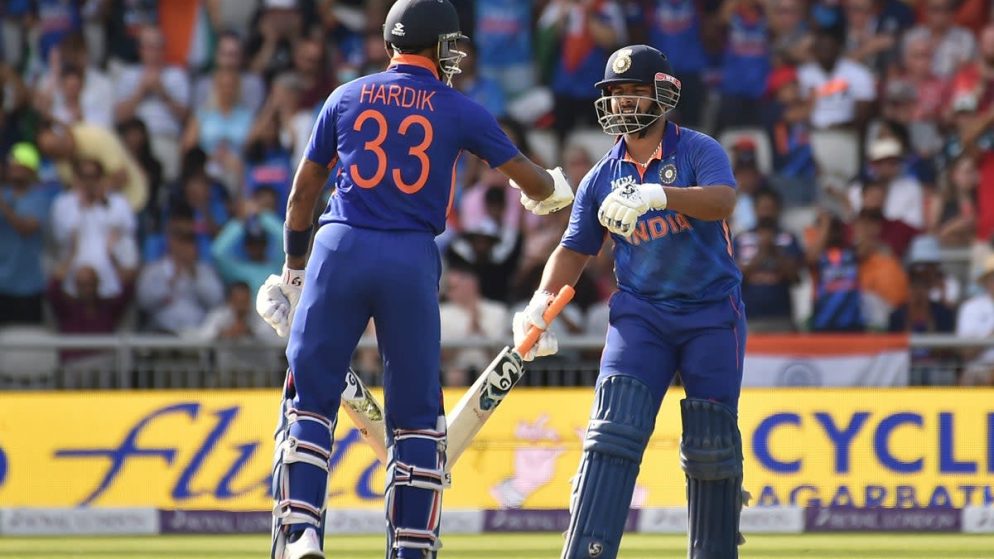 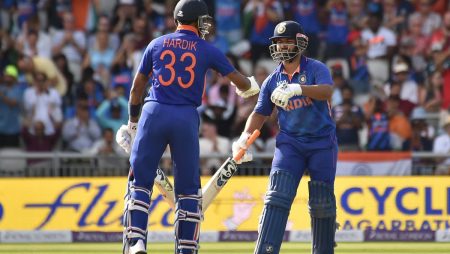 Hardik reveals conversation with Rishabh during series decider against England. Former India batsman Virender Sehwag praised Rishabh Pant for his match-winning knock against England in the third and final ODI.

Rishabh Pant, the wicketkeeper-batter, was at his brilliant best in the third and final ODI against England. Scoring an unbeaten 125 off 113 balls with 16 fours and two sixes. His maiden ODI century aided Team India’s chase of 260. Which they completed with five wickets in hand and 47 balls to spare. This innings was made all the more special because he came into bat when India was in trouble at 21/2, with both Shikhar Dhawan and Rohit Sharma out.

Hardik reveals a conversation he had with Rishabh during the series decider  against England.

Former India batter Virender Sehwag noticed Pant’s improved performance in series deciders and tweeted: “This is a better love story than Twilight. It’s the final match of a series, and @RishabhPant17 is playing brilliantly. Incredible innings from an incredible player, aided by Hardik and Jadeja. #IndvsEng.”

It is worth noting that Pant has a habit of playing his best in the final match of a series, and all of his centuries in the longest format have come in the final match of the series. He also hit an unbeaten 89 in the famous Gabba Test, which helped India win the Border-Gavaskar Trophy 2-1 in 2020-21.

In the third ODI against England, India were 72/4 chasing 260 when Pant and Hardik Pandya put on a 133-run stand for the fifth wicket.

Hardik Pandya was out after 71 runs, but Pant was unbeaten on 125. His innings also included five consecutive boundaries in David Willey’s 42nd over.

Pant’s next appearance will be in the upcoming five-match T20I series against the West Indies, which begins on July 29.