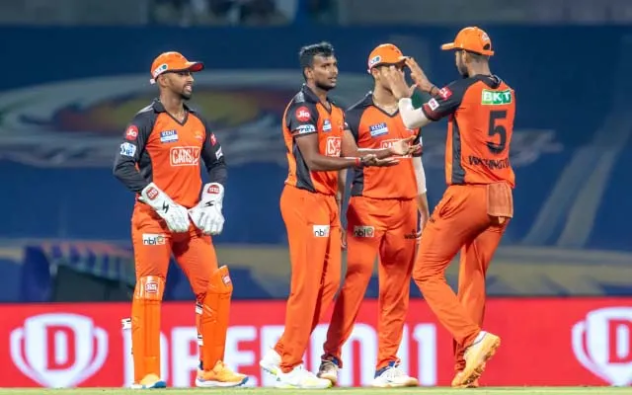 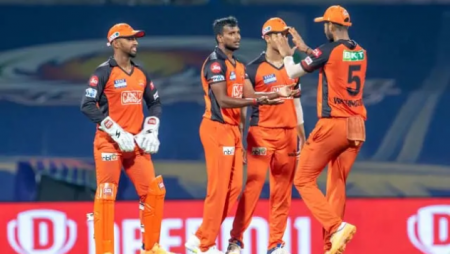 Gujarat Titans’ winning streak in the ongoing Indian Premier League 2022 came to an end on Monday (April 11). When Sunrisers Hyderabad defeated the team by eight wickets at Mumbai’s DY Patil Stadium. Because GT could only manage 162/7 on a good batting track. GT skipper Hardik felt his team was 7-10 runs short because the SRH bowlers spot on.

Meanwhile, Hardik played well in the middle, scoring an unbeaten 50 and dismissing his SRH counterpart Kane Williamson. While this was Hardik’s first half-century for GT, he wasn’t at his best as he walk back after scoring 50 off 42 balls. He also involve in a mini-battle with SRH speedster Umran Malik during his stay.

Umran greeted Hardik with a powerful bouncer that landed on his helmet, jolting the GT captain awake. The dasher reacted angrily, launching his next two balls for goals. Hardik said of his encounter with the Jammu and Kashmir pacer, “I’m not going to let the youngster go away after smashing his helmet.”

“With due respect, I can’t let a young gun get away with something, can I?” “Because the IPL is tough, it kind of woke me up, and it felt good after that,” Hardik said after the game. “They bowl well and stuck to their plan – there was varying bounce, and their bowlers were of varying heights.” “I didn’t get that one shot I hope for.” he added.

Meanwhile, GT performed admirably in patches while defending 162. However, the Orange Army crossed the line with five balls to spare thanks to contributions from skipper Kane Williamson, Abhishek Sharma, and Nicholas Pooran. Following the defeat, Hardik stated that his team will regroup and learn from their mistakes.

“Our motto has always been the same: learn from our mistakes, regardless of the outcome.” We’ll have a good laugh and then move on to our next game, which is coming up in a couple of days, so we’ll have to prepare for that,” he added.

Also Read: Hardik Pandya is not a bad captain simply because he lost his cool: Graeme Swann