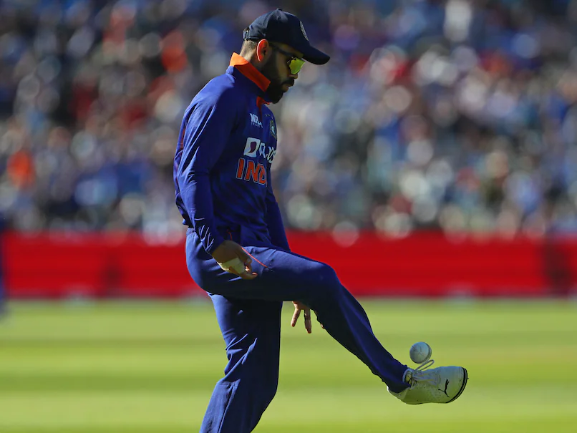 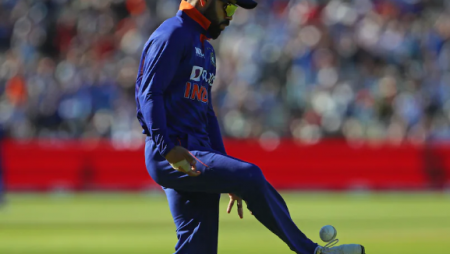 Virat Kohli struggled to get going in the third T20I against England, scoring only 11 runs. His inning began in the best possible way, with a boundary and a six, but the batter died while attempting to force the accelerator. Kohli recorded scores of 1 and 11 in the series against England, fueling speculation about his future in the T20I setup. Former England spinner Graeme Swann has advised Indian fans that if they value the “asset,” they should be gentle with Virat Kohli.

“Maybe when you have a player as good as him, if he was English and I was in the English media, I would be saying hey, we need to ease up on him, we need to take pressure off our star asset so that he performs rather than putting more undue pressure on him,” Swann said after the third T20I on the Sony Sports Network.

“As a player, you would feel the pressure from fans, and fans have a job that you can make easier or harder for your players. If you don’t want Virat Kohli in your team anymore, keep piling on the pressure; if you value the asset, ease up on him “He went on to say.

Ajay Jadeja agreed with Swann advice, saying Kohli should be given more time and that things will only get better for him in the future.

“It comes with the territory because the expectations are so high, Virat Kohli, and we’ve grown accustomed to him scoring hundreds of runs game after game. Swann is your asset, and you must allow him to be. Allow him to play; you know what you’re going to get “Ajay Jadeja stated on Sony Sports Network.

“You know what the best of Virat Kohli is, but you’re probably getting the worst of him right now. He’ll only get better, and I agree with Swann: relieve the pressure on him rather than adding to it. Give him some more time, let him take his time, you’re trying out players anyway, why not give him some extra time? “He continued.

India lost the third Twenty20 International by 17 runs after failing to chase down 216. England batted first and finished with a total of 215/7 in 20 overs. Dawid Malan top-scored with 77 runs, while Liam Livingstone was unbeaten on 42. Ravi Bishnoi returned with two wickets for India.

Chasing 216, India kept losing wickets at regular intervals, with only Suryakumar Yadav remaining at the crease for the duration. Moeen Ali eventually dismissed the batter in the 20th over.

The three-match One-Day International (ODI) series between India and England will begin on Tuesday at the Oval in London.