Glenn Maxwell criticizes the media for distorting his comments over Australia’s early withdrawal from the T20 World Cup. – ‘Bugger media, it can go stuff itself’ 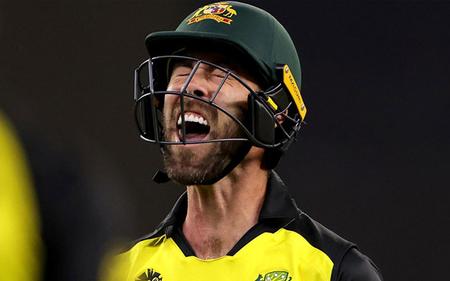 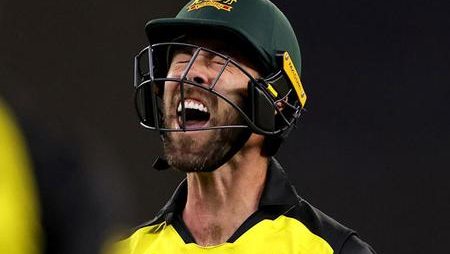 Glenn Maxwell criticizes the media for distorting his comments over Australia’s early withdrawal from the T20 World Cup. – ‘Bugger media, it can go stuff itself’. Maxwell’s unforeseen leg injury will likely keep him out of play for around a month.

After their dismal title defense in the T20 World Cup. Australia’s great all-rounder Glenn Maxwell criticized the media for misrepresenting his comments. Maxwell is presently recovering from an unlucky leg injury. In response to concerns regarding the Australian players’ intentions. At the just finished ICC event, the mercurial batter has reaffirmed that they intended to win the trophy.

The experts misunderstood Glenn Maxwell’s frank comments following Australia’s victory against Afghanistan in the Super 12 stage, believing that the players didn’t care about the results. After Australia’s elimination from the competition, Maxwell clarified his earlier remark that “it doesn’t really matter” as he recovered from a terrible leg injury.

Glenn Maxwell believes that athletes keep their opinions to themselves out of concern about media misunderstandings.

“It’s up to the individual if they wanted to dwell on it, but there’s not enough time to. I’m not saying for one second that we as an Australian team didn’t care. At no stage was I saying that, but all of a sudden, that’s coming out as a headline. I was like, ‘well, that’s not true at all’. We certainly cared and that’s all we cared about at the time. We wanted to win the World Cup,”

The 34 year old voiced his disbelief at seeing the headlines after learning that the media had misrepresented his statements. According to the Australian, events like this make athletes hesitant to talk candidly with reporters out of concern that their statements could be misrepresented by media outlets afterwards.

“Basically, when I saw the headlines, I went, ‘Bugger media, it can go stuff itself’. A lot of players do that, because when they see headlines that takes something completely out of context, they do get a bit shy and standoffish, instead of saying exactly what’s on their mind or exactly how they feel,”

Read also: Martin Guptill gets removed from the central contract list by New Zealand in order to play in international T20 leagues.