Former India Selector: “I wouldn’t want any kind of imposition on Virat Kohli.” 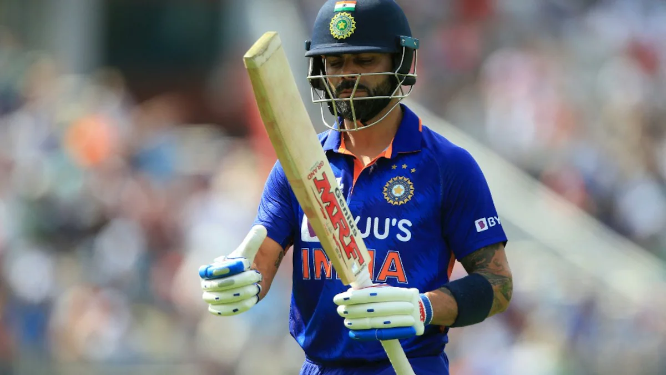 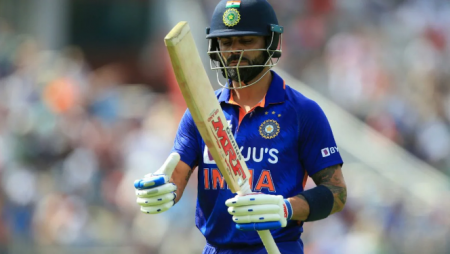 Former India Selector: “I wouldn’t want any kind of imposition on Virat Kohli.” Saba Karim, a former India selector, believes that the team’s management should not force Kohli to play against Zimbabwe.

The debate over Virat Kohli’s form raged on after he failed to score big in the T20Is or ODIs against England. He was not included in the squad for the ODIs against the West Indies that followed, and it is unclear whether he will travel to Zimbabwe for India’s series there. Former India selector Saba Karim stated that the team management should not force Kohli to play against Zimbabwe or tell him that if he does not play against Zimbabwe, he will not be considered for the T20 World Cup squad.

Also Visit: KL Rahul will miss the T20I series against the West Indies.

Saba Karim on India’s preparation for the T20 World Cup

“First, I believe the selectors and team management must determine whether Virat Kohli is necessary for India’s preparation for the T20 World Cup. And once the selectors decide that Virat Kohli is critical to the team’s success, I’d chart a course for Virat Kohli’s return to great form “Saba Karim stated this on Sports18’s ‘Sports Over The Top.’

“I think that’s the time when the selectors, the captain, or Rahul Dravid would love to sit down with him and talk about it,” he said.

“I wouldn’t want to impose anything on Virat Kohli, such as, ‘Hey listen, you have to come back and play this Zimbabwe series or we won’t pick you for the World Cup T20.’ So, once you’ve determined that he’s such an important part of the team’s success, I’ll reach out to him. Okay, I’ll say it’s up to you whether you want to come back and play the Zimbabwe ODI or take an extended break and return for the Asia Cup T20 “Saba Karim elaborated.

Kohli has stated that he wants to assist India in winning the Asia Cup and the T20 World Cup in 2022.