Former India batter on South Africa: “One Of The Hot Contenders For T20 World Cup” 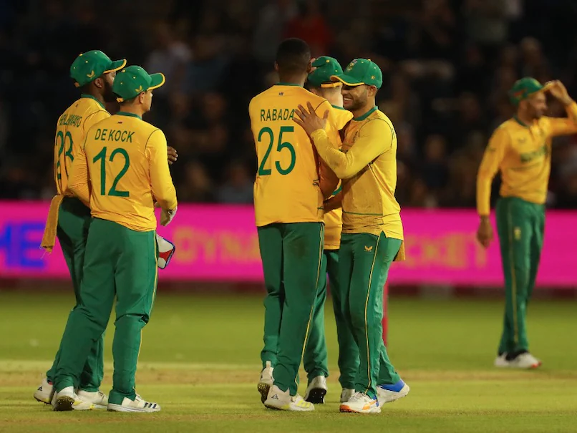 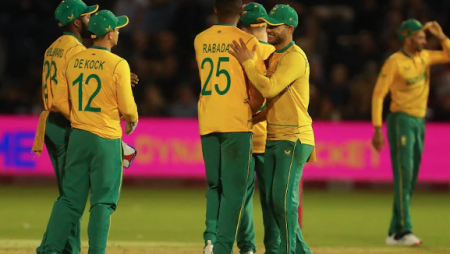 South Africa are hot contenders for the upcoming T20 World Cup, according to former Indian batter Wasim Jaffer, following a 2-1 win over England in the three-match T20 series. South Africa won the recent Twenty20 International series against England 2-1. The series was excellent, as England took the lead in the first game, but South Africa staged a comeback and won the remaining two games.

Also Visit: Nurul Hasan will miss the remainder of his Zimbabwe tour due to a fractured finger.

“Congratulations @OfficialCSA on the series win Must say the way SA have come up in the last year or so has been brilliant. They’re definitely one of the hot contenders for the T20 WC now. #ENGvSA” he said in a tweet after the match.

Rilee Rossouw also performed admirably in two of the games. In the second match, the batter came up just six runs short of a century. Tristan Stubbs also shone in the first game, but it wasn’t enough to help South Africa win.

Lungi Ngidi had a career-best performance in the first game of the series, taking 5 wickets and conceding only 39 runs.

Aiden Markram also scored a half-century in the series’ second match, and Andile Phehlukwayo bowled well throughout the series.

South Africa would gain a lot from the series, as defeating England on their home turf is something that not every team is capable of.

SA previously play India in a 5-match T20I series, which ended in a 2-2 tie because the final game of the series could not be completed.

South Africa failed to qualify for the 2021 World Cup after reaching the Super 12 stage of the competition. They were tied for second place with Australia, but fell to third place due to a lower net run rate.