First Semi-Final of the T20 World Cup 2022 between New Zealand and Pakistan: Key Takeaways and Who Said What? 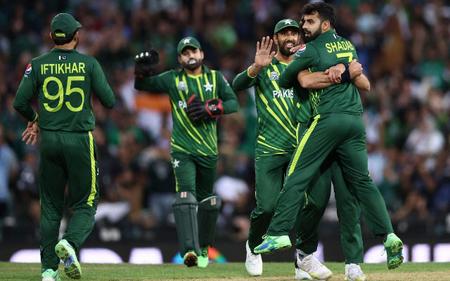 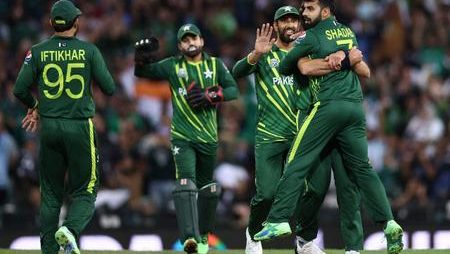 A week ago, Pakistan reaching the T20 World Cup final in Australia would have been harsh to their supporters; now, after dominating the New Zealanders in the first semi-final at the SCG, it was only fair that they go to the championship match. After losing to Australia at this level of the competition the year before, the Men in Green delivered a crisp win to go into the championship game.

After gaining momentum leading up to the championship game at the legendary MCG against either India or England, Babar Azam’s squad is currently the favorite to win the trophy.

Read also: Wasim Jaffer discusses the potential of an India-Pakistan T20 World Cup final in 2022.-‘Broadcasters will be dying for it’

We look at the game’s talking topics before listening to the skippers from both teams:

Adapting to the situation

The Pakistani cricket squad has recently come under fire for their poor fielding skills. The Men in Green nevertheless made progress against the Kiwis, taking all of their catches and giving their best effort in the outfield. Shadab Khan ran out the dangerous Devon Conway by hitting the target to honor their amazing performance on the field.

Deer caught in the headlights

Pakistan have always been a pain in the flesh for the Kiwis in ICC competitions, and this was evident in the first semi-final at the SCG. Thanks to their dynamic opening duo, the Men in Green held the Kiwis to a par total and stormed from the blocks in their pursuit. However, Kane Williamson’s team looked second best for the whole of the game, with their bowlers looking lifeless in the powerplay. They dropped a few of catches, as well as missed run-out attempts, which cost them dearly in the end.

Pakistan were in a slump after losing their first two matches in the competition, but it seems like a distant memory now that Babar Azam’s team is the team to beat to reach the final. The opening combination of Babar Azam and Mohammad Rizwan returned to form, recording their third century stand in the competition, the most by any duo in T20 World Cup history, while Shaheen Afridi continues to produce with the ball. They appear to have covered all areas and are determined to win their second T20I crown.

Luckily, the fifty was in the semifinal. Babar and I were struggling but we worked hard and believed. We kept fighting. When we crossed the boundary line, we decided to take the attack to the new ball bowlers. When we finished the powerplay, we knew one of us had to bat deep as it was a tricky pitch. Our start (to the tournament) wasn’t good, but the guys kept believing.

We were put under pressure early. Pakistan bowled very nicely. We managed to wrestle back some momentum with an unbelievable knock from Mitchell. At the halfway stage we were feeling it was a competitive total. Wicket was a bit tough – used surface. Very disappointing to not make Pakistan work a lot harder. They were outstanding. We were outplayed. It’s a tough pill for us to swallow. Babar and Rizwan put us under pressure. If we’re honest, we wanted to be more disciplined in our areas. At the end of the day, Pakistan certainly deserve to be winners. There’s been a lot of good cricket. Throughout the round-robin, we’ve played nicely. Today we weren’t at our best. Having said that, we know the fickle nature of T20 cricket.

Thank you to everyone who participated. We have the impression that we are playing at home. With the first six overs with the ball, I got off to a strong start. The ball didn’t come on nicely later on. Fast bowlers performed admirably. We prepared ahead of time to use the powerplay. He’s a young man displaying hostility (Haris). He’s doing a fantastic job. We’re going to take advantage of this opportunity. However, I have concentrated on the final.

Read also: The IPL auction is expected to take place on December 23rd, with Kochi appearing as a viable location