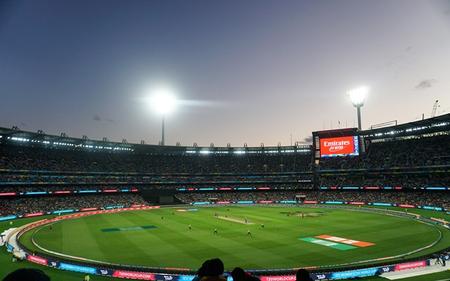 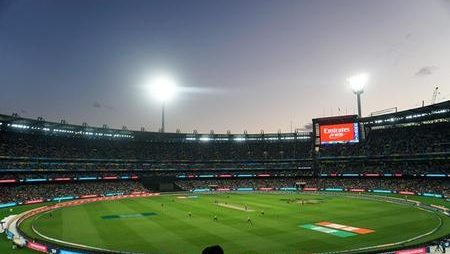 Final of the T20 World Cup 2022 between Pakistan and England weather forecast and pitch report for Melbourne Cricket Ground.

As Pakistan and England compete for the coveted trophy of the tournament in Australia. The month-long ICC T20 World Cup 2022 is about to come to a close. Both sides will fly to Melbourne in front of their important encounter. Which is schedule to take place on Sunday, November 13, at the legendary Melbourne Cricket Ground (MCG).

The heavyweights enter the match with huge victories. Portraying nothing less than pure domination in their respective past four matches against team India and New Zealand. While cricket enthusiasts from both countries are excitedly anticipating the major match on Sunday, the potential of rain looms huge. Melbourne, which is hosting the finals. It has already suffered severe effects from rain during the Super 12 stage. And it is extremely possible that the final match will also be seriously impacted for a full-fledged game.

Unlike the Super 12 stage, when a match only requires five overs. The knockout matches in the competition require a minimum of 10 overs for each side. Moreover, the last game on Monday, November 14, has a reserve day set aside for it. However, if the rain gods are present on both days. The two winners will split the trophy in accordance with the ICC’s regulations.

Regarding their history against the English team in the major competition. The Men in Green participated in two games in 2009 and 2010, losing both times. After more than a decade, things could be different. As the Babar Azam-led team aims to end the run and, more importantly, win their second championship in Australia

Read also: The frank assessment of Sunil Gavaskar following India’s loss against England -‘There will be some retirements also coming through’

On both reserve day and game day of T20 World Cup, Bad weather are anticipated.

The rain gods are predicted to intervene in the battle between the giants, according to weather predictions made by “AccuWeather.” The match will begin at 7:00 p.m. local time at the Melbourne Cricket Ground (MCG) (1.30 pm IST).

Long stretches of rain are predicted to occur throughout the day, followed by thunderstorms. The likelihood of precipitation in the hours before the game, which will be played in the evening, is 94%, with wind gusts of 44 km/h and a 56% possibility of thunderstorms. The risk of precipitation will rise to 96% as the matchday progresses, with cloud cover remaining at 87%.

Regarding the next day, the weather does not appear to be getting any better as the likelihood of precipitation is still 64% with a few late showers and a 76% cloud cover. On Sunday, though, things can be different due to shifting weather patterns.

Given the conditions, new ball may swing early due to the well-balanced surface at Melbourne Cricket Ground (MCG).

Read also: Greg Barclay is expected to be re-elected as ICC chair