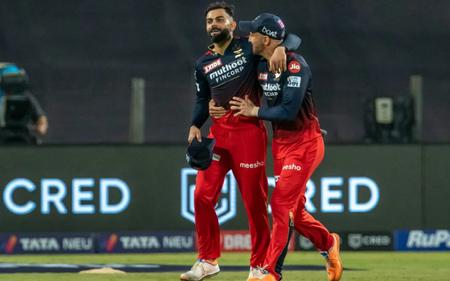 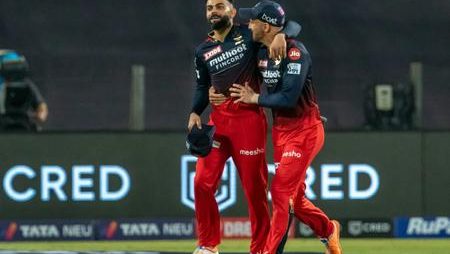 Discussions about Virat Kohli’s aggressiveness and demeanor on the cricket field have lasted for a very long time. The former India captain hasn’t altered his attitude. Or playing style in any format of the game even at the age of 34.

Plessis is regard as one of India’s important players for changing the national team’s strategy in Test cricket and making India a very dangerous side in the game’s longest format.

He hasn’t changed much in the Indian Premier League either, but he hasn’t succeeded in making Royal Challengers Bangalore seem good as their captain. He eventually stepped down and handed the reins to Faf du Plessis, who led RCB admirably in the 15th iteration of the competition.

The South Africa international recently shared how the entire incident played out when talking about guiding Virat Kohli in the IPL and his presence in the team’s locker room.

Faf referred to him as a larger Alpha and talked about developing connections, never competing with anyone, and improving the team.

“He’s (Virat Kohli) a much bigger alpha (male) than me. You don’t try and compete. The ego is the thing where peacocks generally clash. Then like the feathers come out and you want to see who has got the shiniest in the room. Luckily, I get that about people and relationships,”

“I don’t try and outshine someone else in the dressing room. I try and build a relationship. With Virat, that was exactly my point of entry,”

Read also: Wasim Akram about being forced into treatment for cocaine addiction. – ‘They kept me there for two and a half months against my will’

In the most recent IPL, Du Plessis witnessed Virat Kohli’s best and worst performances. He had already seen Virat’s enthusiasm on the cricket field, but he had now now shown the other side of the former Indian captain.

“I had played against him for so long. He is one of the most competitive guys in the world of cricket to play against. You sit there and you go – how does this guy have so much energy? Every single time a wicket falls, doesn’t matter if it’s a No.11 or an opening batter, his passion for celebration is like you just have to go, ‘I’ll take my hats off to you. He’s superhuman,”

“When you play with him, you see there is the other side, which is this caring guy that just wants to play cricket, and actually a really family guy. He’s amazing,”