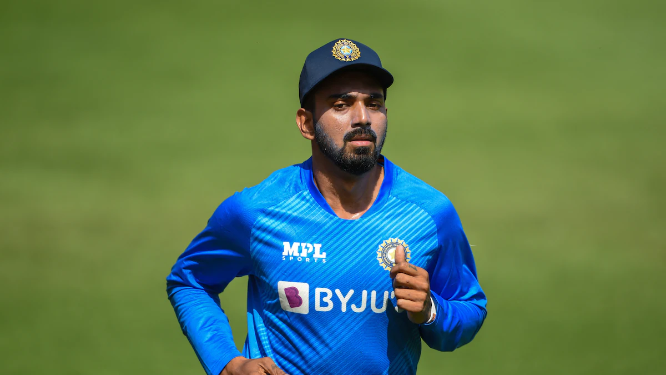 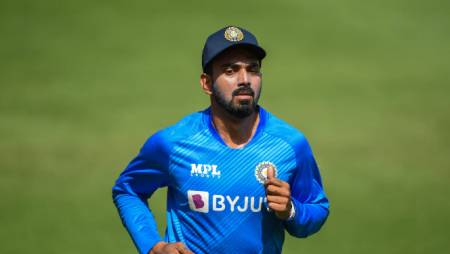 Ex-India Pacer Makes Significant Statement Regarding Star Batter’s T20I Future: “Time KL Rahul Too Pulls Up His Socks” While there is no doubt that KL Rahul is a prolific run-getter, his strike rate has come under scrutiny.

The Indian cricket team gained a lot from the recently concluded T20I series against England. As the permutations and combinations for the 2022 T20 World Cup continue, India has found two consistent top-order performers in Deepak Hooda and Suryakumar Yadav. While the former has emerged as a solid No. 3 option, the latter scored a century against England in the third T20I on Sunday. They have made a compelling case for being given the long rope going forward. However, with the T20 World Cup in less than three months, India is without their regular opener, KL Rahul.

Rahul is currently on the mend following surgery. He has scored over 600 runs in the last three IPLs, but his strike rate has never exceeded 140.00. Former Indian cricket team player Dodda Ganesh believes Rahul should pull up his socks after the performances of Hooda and Yadav in T20Is.

“Hooda and SKY with their intent have shown how T20 batting is done. It’s time KL Rahul too pulls up his socks and bats the way he use to in 2016/17. If he continues to play the waiting game like he does in the IPL. He’ll struggle to keep his place,” Ganesh, who has played four Tests and one ODI for India, wrote on Twitter.

“Shaw, Hooda, SKY and Samson. These kind of batsmen who bat at the top gear no matter what, are the need of the hour as far as modern day T20 batting is concerned. Selectors need to take notice of this,” he wrote in another tweet.

Rahul recently underwent successful sports hernia surgery in Germany and is expect to be out of competitive cricket for several months. Rahul, who was forced to withdraw from the home T20I series against South Africa, struggle with lower abdominal fitness issues in the past, including groin strains and hamstring injuries.