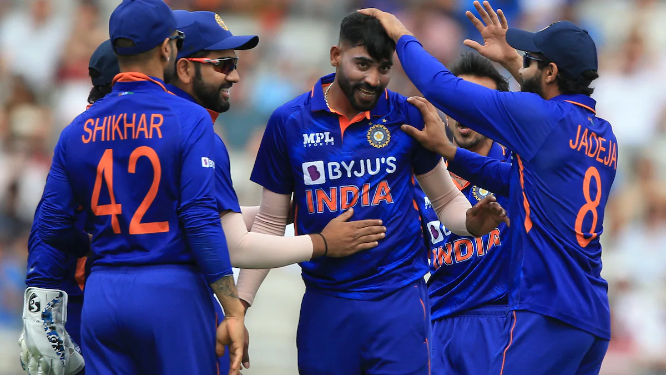 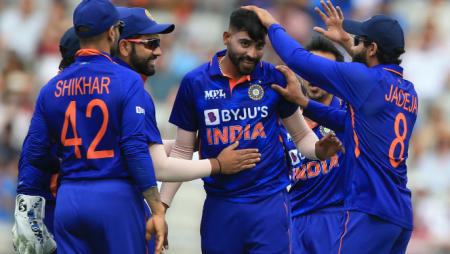 Left-handed batter Axar Patel was at his best in the second ODI against West Indies, scoring 64 runs off 35 balls to help India win by two wickets and take an unassailable 2-0 lead in the series. With Axar and Mohammed Siraj at the crease and Kyle Mayers holding the ball in the final over, India needed 8 runs to win. Axar hit a six on the fourth ball of the over, giving India the victory.

Following the victory, the BCCI’s official Twitter account shared a video of the team’s dressing room celebrations, in which the entire team can be seen erupting in joy. In the video, Mohammed Siraj discussed the camp’s self-belief and how he, too, believed he could hit a six if necessary.

Also Visit: Cricket Scotland’s board of directors resigns amid a racism controversy.

“Don’t even think about it, brother. Emotions were running high, Axar Patel was pumped up, we all believed in ourselves, even I believed in hitting a six, but taking a single was more sensible “Siraj said in the video.

Siraj, like Axar, remained unbeaten on 1. Shreyas Iyer and Sanju Samson were also in their fifties.

The third and final ODI between India and the West Indies will be played on Wednesday.

Also Read: The Leicester Cricket Ground is named after Sunil Gavaskar, and the legend considers himself “blessed.”