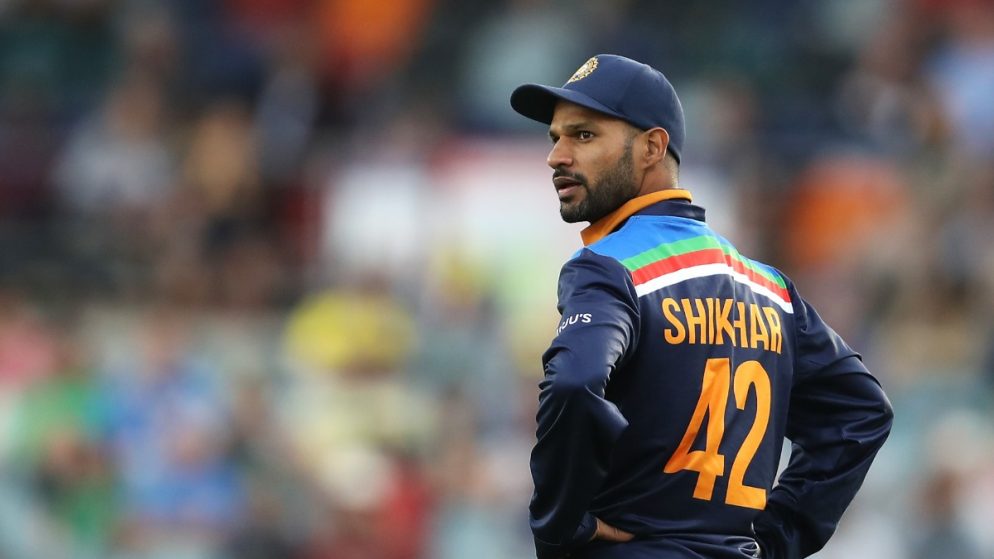 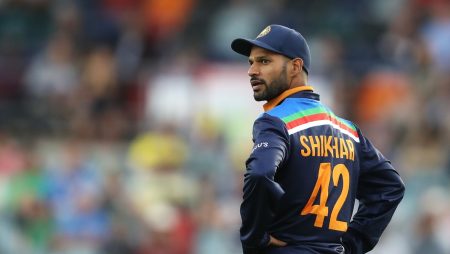 “Disappointed Not To Score A Hundred”: India Captain Shikhar Dhawan Following First ODI Victory Over West Indies. Shikhar Dhawan scored a brilliant 97 in the match, earning him the ‘Man of the Match’ award.

Following his team’s thrilling three-run win over the West Indies in the first One-Day International. Indian skipper Shikhar Dhawan expressed disappointment at not being able to score centuries. West Indies were defeated by India in the first ODI of a three-match series here at Queen’s Park Oval in Trinidad on Friday, despite brilliant half-centuries from Kyle Mayers and Brandon King. Dhawan scored a brilliant 97 in the match, earning him the ‘Man of the Match’ award.

“It was disappointing not to get the 100, but the team put in a good effort. In the end, we received a high score. There were nerves at the end because they did not expect it to turn out that way. We kept our cool and made one small change at the end by pushing the fine leg back, which really helped us. The discussion was to use the bigger side as much as possible, and to continue learning and improving ourselves for the rest of the competition “Dhawan stated this during a post-match presentation.

Also Visit: ‘We are aiming for gold,’ says Smriti Mandhana ahead of the CWG 2022.

With this victory, India now leads the series 1-0. Cricket fans were treated to an exciting game.

In their first innings, India scored a massive 308/7. Half-centuries from captain Shikhar Dhawan (97), Shubman Gill (64) and Shreyas Iyer (54) were crucial in propelling the Men in Blue to a massive total. Gudakesh Motie was the standout bowler, taking 2/54 in ten overs.

Windies stayed in the game thanks to half-centuries from Kyle Mayers (75) and Brandon King (54). Finally, Akeal Hosein (32) and Romario Shepherd (39) almost got their team over the line, but Indian bowlers held their nerve to seal a thrilling three-run victory. With 2/57 in ten overs, Mohammed Siraj was India’s best bowler. He maintained his cool and did not allow the Windies to reach the goal.

On Sunday, India and the West Indies will play the second One-Day International (ODI).