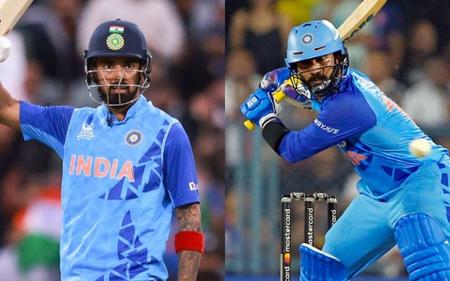 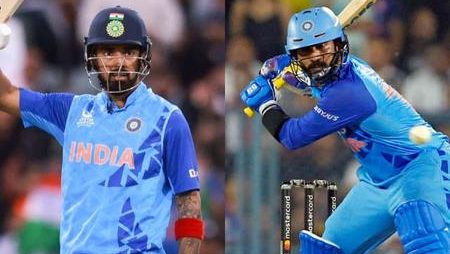 Before their first ODI against Bangladesh at Mirpur on Sunday, the team management must respond to a selection-related question given the return to ODIs of players like skipper Rohit Sharma, Virat Kohli, and KL Rahul after a hiatus.

The Men in Blue suffered a lot in the 2019 ODI World Cup due to the number four spot, and they can’t afford to make the same mistake in the next 50-over World Cup. It is necessary to take a judgment regarding the number five spot this time, as KL Rahul and Rishabh Pant are presently vying for a spot in the starting XI.

Read also: Litton Das, the captain of Bangladesh, feels enthusiastic about the possibilities before the India series – ‘They don’t think us as underdogs and that is a big thing’

I have a feeling that KL Rahul will play, for sure : Dinesh Karthik

But KL Rahul’s experienced wicketkeeper-batcher Dinesh Karthik feels that the 30-year-old should start over Pant in the opening ODI. Pant, who has had a really bad bat season lately, appears to have lost his spot since Rahul, according to Karthik, can be a reliable middle-order bat for India in the ODI World Cup.

“(Number) five is where we need to discuss. There will be toss-up between KL Rahul and Rishabh Pant. I have a feeling that KL Rahul will play, for sure. Pant, I think, has taken a long flight from New Zealand and has landed as we speak. KL Rahul will be a proper middle-order batsman for the fifty-over World Cup. If that happens, they will fit him at number five,”

Meanwhile, KL Rahul, like Rishabh Pant, has recently been under fire. As the opener got 128 runs from six games, his performance in the T20 World Cup fell short of expectations. He didn’t perform well under pressure, and finally several supporters demanded that the management bench the player for the semi-final match against England.

Sanju Samson was chosen over Pant in the series against New Zealand, but Pant did not take use of his opportunity. India lost the series 1-0 because the 25-year-old could only muster 25 runs from his two innings at the plate.

Read also: On His “Great Journey” In The IPL, Dwayne Bravo Writes an Emotional Post