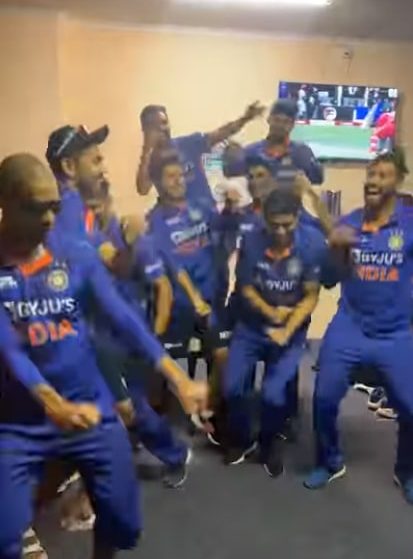 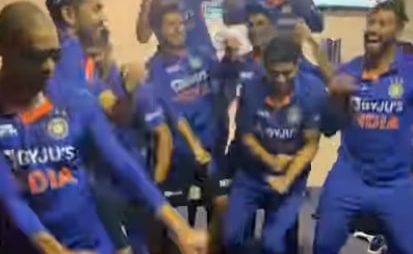 The Indian cricket team, led by KL Rahul, defeated Zimbabwe by 13 runs in the third one-day international to complete a 3-0 series sweep. Sikandar Raza hit a heroic century to give India a scare in Harare, but the visitors eventually won. With the majority of the senior players rested, the series was even more special for the team. Shubman Gill had earlier scored his first international century. Gill not only wrecked havoc with the bat, but he also caught Zimbabwe centurion Sikandar Raza, who was on the verge of giving the home team a shock victory.

Gill was named player of the match and series after scoring 245 runs in three matches.

The Indian team celebrated after the game. Shikhar Dhawan shared a photo of the celebration on social media, which quickly went viral. The Indian team members can be seen dancing to the hit song ‘Kala Chashma’ from the film ‘Baar Baar Dekho’ in the video post.

Also Read: According to Graeme Smith, only a few teams are contributing to the purest format.

It’s worth remembering that earlier this year, a group of dancers and movement directors from the ‘Quick Style’ troupe went viral for taping their feet to the beats of popular party anthem ‘Kala Chashma’ at a wedding. The clip shows the group putting on a high-octane performance complete with animated expressions and sleek moves. Dhawan and company’s victory celebration is very similar to the video that went viral earlier this year.

Concerning the match, after India captain KL Rahul won the toss and chose to bat, the tourists scored 289-8 in 50 overs. With three balls remaining, Zimbabwe was out for 276.

When the tourists reduced the home side to 122-5, all of the regular scorers except Raza were back in the pavilion. However, Pakistan-born Raza overcame poor form in the first two matches to smash 115, leaving Zimbabwe needing 17 runs off 12 balls to win.

Gill hit 130 off 97 balls, including 15 fours and a six. Ishan Kishan (50), Shikhar Dhawan (40), and Rahul Dravid (30) also batted. Gill, 22, scored his first century less than a month after coming agonizingly close with an unbeaten 98 against the West Indies in Port of Spain.

He and Kishan shared a third-wicket partnership of 140 runs before Kishan was run out by Tony Munyonga.

Also Read: Dushmantha Chameera of Sri Lanka has been ruled out due to injury.