Dewald Brevis no look shots from MI practice session set the internet on fire in IPL 2022. 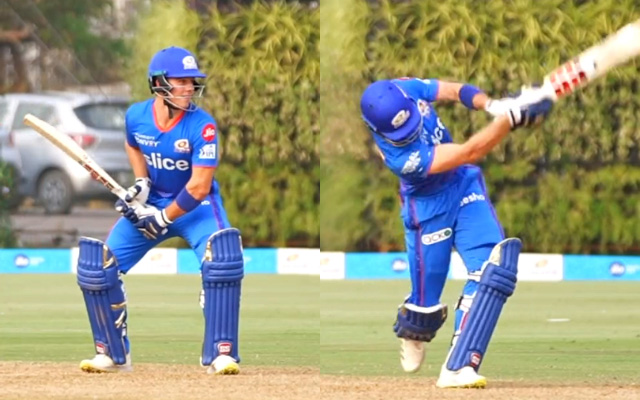 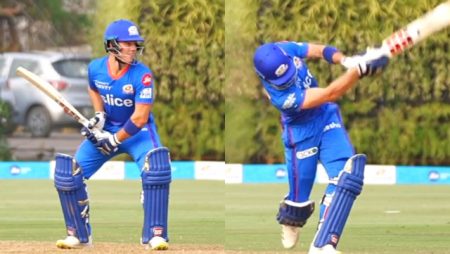 Dewald Brevis no look shots from MI practice session set the internet on fire in IPL 2022. The Mumbai franchise purchased Brewis in the mega auction for INR three crores.

Dewald Brevis, a new recruit for Mumbai Indians, lit up the U19 World Cup for South Africa. This year and now look to showcase his talent in the cash-rich tournament. The right-hander has been dubbed ‘Baby AB’ due to similarities in batting style and stroke-making with AB De Villiers. One of the best batters of the last decade. Brevis sign by the Mumbai franchise for INR three crores after a fierce bidding war with the PBKS and CSK.

Brevis is one of the unproven commodities, having only played two List A games and nine T20 games so far. There is no doubt about his potential. The 18-year-old led the batting charts in the U19 World Cup 2022 in the West Indies. Scoring 506 runs in six innings at an average of 84.33, while also hitting two centuries and three half-centuries.

Meanwhile, Mumbai Indians’ official Twitter handle, MI Paltan, has been closely following the youngster. They share a video on Twitter depicting Brevis’ brilliant six-hitting abilities. The key feature of the six was Brevis’s Brevis no look shot , knowing that he time it perfectly, and the MI Paltan were in awe of the attractive shot.

Dewald Brevis’ IPL debut may have to wait.

With the MI’ top three pack with star batters, it will be difficult for Brevis to break into the starting XI in the first few games. Tim David sign by Mumbai, and he will be responsible for finishing alongside Kieron Pollard. With two overseas batting slots already fill, skipper Rohit Sharma will look for another Indian batter in the top six to accommodate two overseas bowlers. The Mumbai Indians will kick off their season against the DC on March 27th at the Brabourne Stadium.