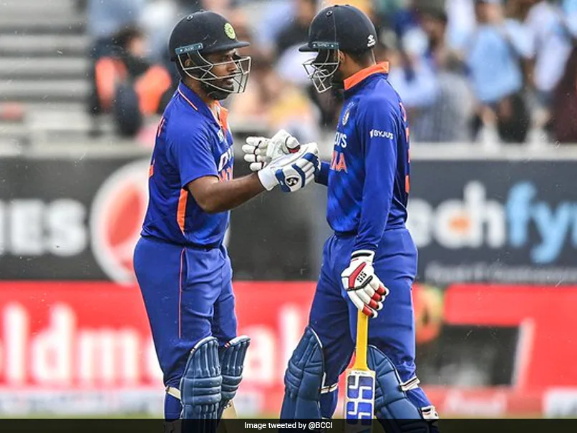 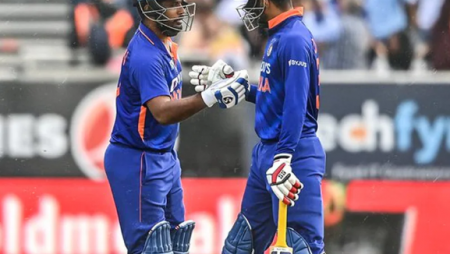 With their massive stand against Ireland on Tuesday, Deepak Hooda and Sanju Samson wrote India’s highest-ever T20I partnership. In just 87 deliveries, the two stitched together a 176-run partnership to help India post 225/7. Their partnership surpassed Rohit Sharma and KL Rahul’s 165-run partnership against Sri Lanka in 2017. Samson made 67 off 34 balls in their second-wicket stand, while Hooda made 98 off 53 balls. Hooda finished with 104 off 57 deliveries, while Samson finished with 77 off 42.

Hooda and Sanju partnership is also the largest for the second wicket and the ninth-highest in men’s T20Is overall.

Afghanistan’s Hazratullah Zazai and Usman Ghani top the list, having put on 236 runs for the first wicket against Ireland in 2019.

In the absence of Ruturaj Gaikwad, who had a niggle in the previous match, Samson opened India’s innings.

Hooda, meanwhile, entered the batting order with the score at 13/1 after 2.1 overs.

The two then dominated Ireland’s bowlers, hitting them all over the place.

Their outstanding collaboration propelled India to 225/7.

Also Read: IRE vs. IND: Hardik Pandya Explains Why He Handed Over Critical Final Over To Umran Malik