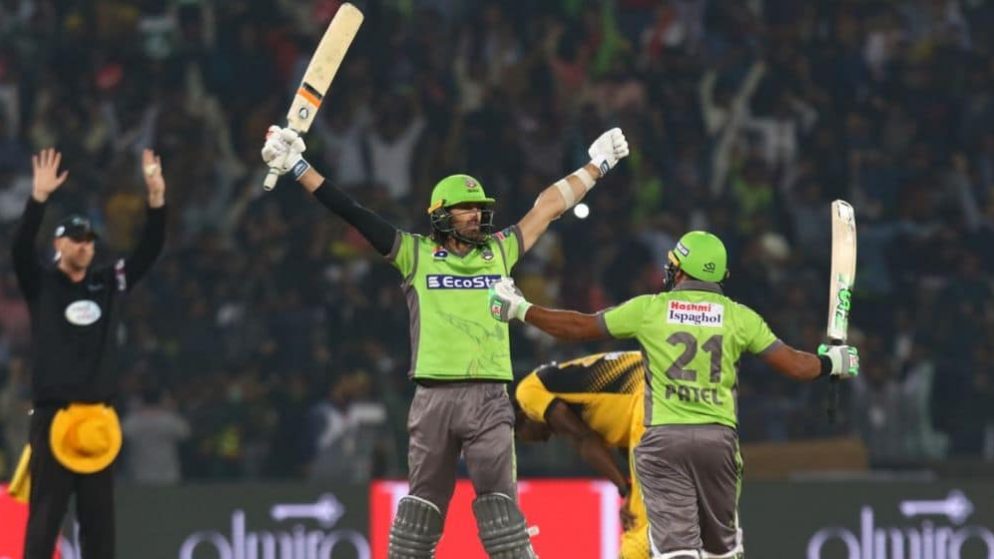 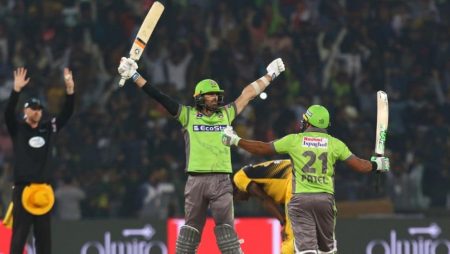 Namibian cricketer David Wiese smashed PAK bowler Waqas Maqsood for 27 runs off the final over of Lahore Qalandars’  PSL playoff match against Islamabad United on Friday. Qalandars were 141/7 from 19 overs at the Gaddafi Stadium in Lahore when Wiese, who had only faced two deliveries up to that point, prepared to face Maqsood. The Pakistani pacer, on the other hand, got off to a wide start in his over.

Lahore Qalandars aiming for a big total in the game, Wiese didn’t hold back, slamming Maqsood’s deliveries all over the park for the remainder of the over.

Wiese began with two sixes and then hit a boundary before taking two runs. After that, the former Royal Challengers Bangalore cricketer hit another six before finishing the over with two runs.

PSL’s official Twitter account posted a video of the over. “‘WIESE’ was all you could hear in the ground as the big man flaunted his firepower,” said one witness. Read the text that goes with the video.

Also Visit: The IPL 2022 League Phase will be held in four locations in Mumbai and Pune, with the final on May 29.

Watch: David Wiese’s big hits in the final over to carries Lahore Qalandars

Qalandars recovered from a poor start to post a total of 168/7 thanks to Wiese’s late flourish and Abdullah Shafique’s fifty.

Mohammad Hafeez had 28 points and Kamran Ghulam had 30. Liam Dawson and Mohammad Wasim each took two wickets for Islamabad United.

Shadab Khan and Maqsood each took one wicket.