David Miller praises Hardik Pandya’s abilities as a captain – ‘He is a natural leader, allows the guys what they want to do’ 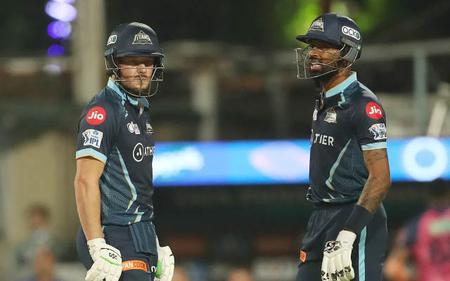 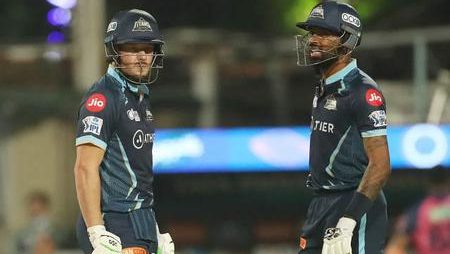 David Miller praises Hardik Pandya’s abilities as a captain – ‘He is a natural leader, allows the guys what they want to do’. In a recent three match T20I series, India defeated New Zealand 1 over 0 under Hardik Pandya.

There are reports that the Indian T20 system may undergo a big revamp as a result of India’s humbling withdrawal from the T20 World Cup in Australia.

Hardik Pandya is currently the favorite to lead India in the game’s shortest format. He led the Indian Premier League 2022 with an outstanding performance. South African David Miller feels that Pandya may actually help India change its mindset in order to get the critical victory.

Miller mentioned some of Hardik’s talents and lauded him as a captain. During the next Abu Dhabi T10 League, Miller will participate.

“I feel he is a natural leader, People follow him. He allows you to play the way that you feel like you can. He is very inclusive as a leader, he wants everyone to be close to each other. At the same time, he is clear with discipline. He has got a lot of good attributes of a leader. In IPL he got better and better as the season progressed and I see him doing that (with the Indian team as well),”

“He will make the players a lot better in the mindset. 100 per cent. He allows the guys to do what they want to do which is important,”

Read also: Jofra Archer wants to support England’s World Cup bid in 2023. – ‘Hopefully, I get a chance to help defend the title’

David Miller considers South Africa’s loss against the Netherlands. – “That is the beauty and humility of cricket”

South Africa was one of the favorites to get to the competition’s semifinals after beating India in the T20 World Cup. The Temba Bavuma led team was forced to exit the competition at the Super 12 stage after suffering back-to-back losses to Pakistan and the Netherlands

South Africa’s middle order batsman, Miller, took time out of his busy day to chat about their painful defeat to the Netherlands in the pivotal match.

“I did (reflect on the loss). Sometimes it is difficult to process things like that. At end of the day, I still feel we were one of the stronger teams in the competition. There were many other upsets as well, it was not only us. It comes down to the last game and unfortunately for us, we needed to win and we couldn’t. That is the beauty and humility of cricket. Obviously very disappointed with that result,”