Danushka Gunathilaka insists on her innocence and the case has been postponed until January 12, 2023. 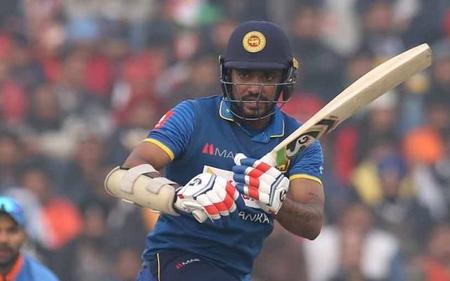 Danushka Gunathilaka insists on her innocence and the case has been postpone until January 12, 2023. After his case was heard in Sydney Court, a statement was release by Gunathilaka’s legal team.

Danushka Gunathilaka, a cricketer for Sri Lanka. Was hold and accuse of four counts of sexual assault in Australia. But his counsel says today that he is still innocent of all accusations. Danushka Gunathilaka has retained the services of Sydney-based law firm SANS Law to defend him against the charges.

On Tuesday, November 8, Sri Lanka Cricket (SLC) formed a three-person investigative committee to examine into the senior batsman’s condition. On November 6, police detained him at a hotel in Sydney; the next day, he appeared in court. In a statement on the situation, the legal company mentioned that the New South Wales. Local Court is now hearing the case.

“Danushka Gunathilaka maintains his innocence of all charges. Given the early stages of proceedings, we do not wish to make any further comment and will allow for the matter to be properly ventilated before the Court,”

Robert Williams denied him bail and postponed the hearing

Following Gunathilaka’s detention. Sydney Magistrate Robert Williams denied him bail and postponed the hearing to January 12. Giving the case a nine and a half-week extension. Following his imprisonment in Australia. The Executive Committee of Sri Lanka Cricket also prohibited Danushka Gunathilaka from participating in any kind of cricket.

Gunathilaka has been eliminate from the T20 World Cup 2022 due to an injury he got while playing for his squad against Namibia in the first-round matches. He stayed in Australia with the rest of the squad nevertheless, to heal.

Before reportedly meeting her last week, he chatted with the 29-year-old lady via a dating app for many days. After the lady accuse the Sri Lankan cricketer of sexually abusing her during their meeting and report him to the police, he was hold into custody.