A total of 16 team are participating the 2022 ICC U-19 World Cup which is taking place in West Indies between 14 Jan – 5 Feb 2022. We’re going through the usual group stage round robin format followed by the knockout round, and while the juniors will be battling it out on the field, sports betting enthusiasts can have a lot of fun on cricket betting during this massive biennial ICC tournament.

Read Scoops is associated with 80+ sports betting websites which will all have U-19 World Cup betting markets but if you want to see our Editor’s Picks for the same, click here. However, only a few of these cricket betting sites allow you to place outright winner bets for this tournament, so we’re going to run you through the U-19 CWC winner betting market favourites as given on 1xBet.

1xBet has been around the sports betting industry for many years now, and thus has gained a lot of trust and dependence from users across the world. They were one of the first online bookmakers to launch outright winner betting markets on the U-19 World Cup taking place in West Indies. As per this bookmaker, India U-19 is favourite to win this tournament at pre-tournament odds of 3.46 with 1xBet.com.

The biggest reason why India U-19 is favourite to win this tournament is because they’ve won three of the last seven editions of the U-19 World Cup while also making the final in all of the last three editions. However, we’re not going in for this bet as India U-19 doesn’t have x-factor players as they’ve had in the past like Prithvi Shaw, Yashasvi Jaiswal and others, who were big names before the junior event too!

The next closest favourite is Australia U-19 and as we know in cricket betting for history, this is always a good team to back in ICC events. However, they’ve only made the final once in the last three editions and while we think they’re likely to go the distance, odds of 3.74 on the 1xBet website are not very attractive for those wanting to place pre-tournament bets on the ICC U-19 CWC winner betting markets.

Now let’s look at some value bets since we’re done talking about the favourites. Remember that Pakistan U-19 beat India in the recent Asia Cup U-19 2021, before going on to lose to Sri Lanka U-19 in one of the semi finals of that tournament. They’ve even won this tournament in two successive editions in 2004 and 2006 and at up at odds of 5.95 to win the competition.

Now let’s look at some other teams who have an outside chance of winning this tournament. All of Bangladesh, England, South Africa, and West Indies have won the tournament once each (see past winners here) and from these past winners, the defending champions Bangladesh U-19 will give you the biggest returns on 1xBet if you bet on them to win this tournament, as they’re up at odds of 32.

So if you’re interested in placing a bet or two on the outright winner of the 2022 U-19 CWC, register to 1xBet right away using this link or the 1xBet promo code “READSCOOPS”. You can also claim a first deposit bonus and place cricket betting wagers on daily matches in the tournament as well. For more updates on the 2022 U-19 World Cup, stay tuned to ReadScoops.com…

Register on Betway and get massive FREE Bets every week 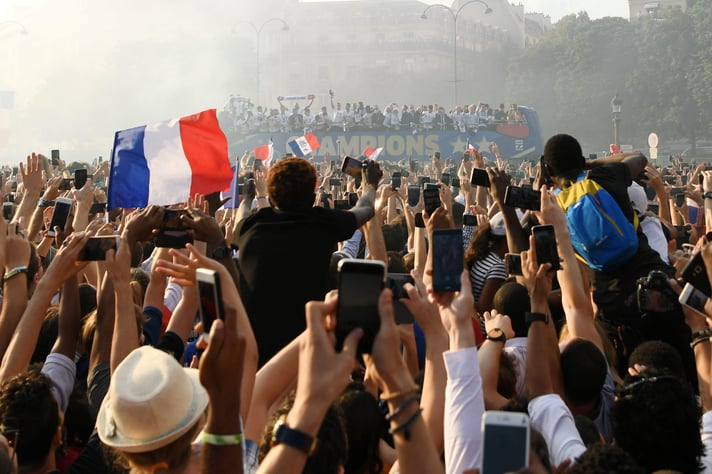 And then there were two. After two thrilling semi-finals, we now know the World Cup final will be battled out between Argentina and France. had France down as one of the favorites before a ball was kicked, while Argentina also had their admirers. Though not many would have thought they would make it this far after losing to Saudi Arabia in their World Cup opener.

Visitors of  now have the romantic choice of Lionel Messi inspiring Argentina in his final World Cup or France becoming just the third team in history to retain the trophy after Italy in 1938 and Brazil in 1962.

Check out the latest 2022 World Cup betting odds below:

France beat everyone’s darlings of this tournament, Morocco. And while a 2-0 victory might sound comfortable enough, the reality was anything but. The Atlas Lions were clinical finishing away from making the tie very different.

Argentina had their mesmeric talisman Messi to thank for reaching the final after he scored and delivered one of the greatest assists in World Cup history in their 3-0 win. For Croatia and their aging captain, Luka Modric, it was one game too far after being taken to extra time and penalties in each of the two previous rounds.

The is looking tastier by the game, with both Messi and Mbappe locked on five goals each. The tiebreaker is typically assists in the tournament, and Messi has three to Mbappe’s two leading into the final. Olivier Giroud is an outsider for the golden boot as well, as he has four strikes in the tournament. Check out each of their prices on the before the game kicks off Sunday.

Has there ever been a shock winner of the FIFA World Cup? The answer is no. France were among the favorites to win the 2018 renewal, and the same applies to Spain and Germany before them. Italy were a slightly bigger price before succeeding in 2006, although it has generally paid to look near the top of the outright market to find the winner.

However, it’s worth considering that there have been a few surprise finalists, and this is where the draw can play a part. Croatia were in the weak half of the tournament format when navigating their way through to the 2018 final at a big price. Similarly, the Netherlands were relatively unfancied when making the 2010 final before losing to Spain.

Some of the World Cup betting favorites often flatter to deceive, and the 2018 World Cup saw Germany bomb out of the tournament at the group stage. Spain, Portugal and Argentina then exited in the last-16 phase of the competition. However, the majority of leading favorites on have generally given bettors a run for their money over the past few years.

The first port of call is to compare the ‘ odds ahead of the World Cup. If you have a selection or two in mind, make sure you get the biggest price for the teams that you want to back. This will ensure the largest return should they win. You can choose to back more than one nation, especially if you want a contender in either half of the draw.

There’s nothing stopping you from letting this tournament commence before deciding how to place your bets. For example, you might want to witness all the teams in the flesh and judge their performance levels before arriving at a country that can potentially win. Especially as it’s hard to marry up the cricket world cup winner betting odds2022 World Cup Winner Betting Odds form of the South American sides when set against their European counterparts.

The 2023 Cricket World Cup is due to be played in India are will provide all fans with the chance to travel to the cricket-mad country to enjoy a festival of cricket.

England are the reigning champions after their 2019 World Cup triumph on their own turf. Eoin Morgan’s side were the best team across the competition and proved that by winning the whole thing, beating Australia in the semi-finals before then ousting New Zealand in the final.

The final itself was hardly straightforward though. England were set a challenging 242 for victory on a pitch that proved very tough to score on. Ben Stokes and Jos Buttler came to England’s rescue with the bat, forcing the game into a super over after battling to 241 all out.

The super over eventually saw Jason Roy’s throw taken by Buttler who ran Martin Guptill out to spark jubilant celebrations from the England fans and snatch the World Cup away from New Zealand in the cruellest way possible.

This time, England will be hoping for a more straightforward route to the trophy, although they will have to defeat some truly world-class teams along the way if they are to do so.

India are the current favourites to win the competition on their own patch at $3.40 ().

In this tournament in India, sides that can play spin well and can field world-class spin bowlers will likely excel. Perhaps this is why India are the favourites above England, with the English historically having trouble playing spin.

Any of India, England, Australia and New Zealand constitute a good bet, while Pakistan should not be discounted as they would love to win the World Cup on their rival’s home patch.

This sort of betting will usually offer the most value if you are able to bet in advance before a ball has been bowled.

However, you can also wait until the competition cricket world cup winner betting odds2022 World Cup Winner Betting Odds has started, as this could provide better odds on a current favourite winning if they are the victim of a poor start.