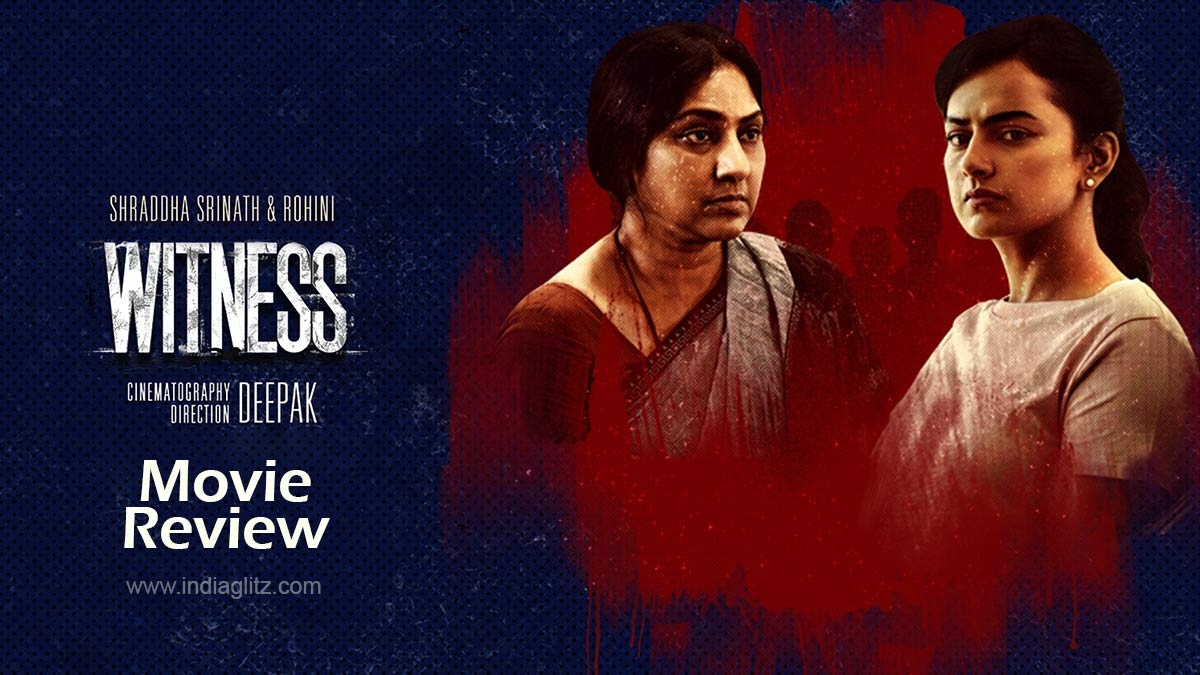 ’Witness’ is currently streaming on SonyLIV in multiple languages. In this section, we are going to review the Telugu-dubbed version of the Tamil-language original.

Rohini plays Indrani, a municipal worker. Her 20-year-old son Parthiban dies while manually cleaning a septic tank. She takes the help of an architect named Parvathy (played by Shraddha Srinath) to fight for justice.

Debutant director Deepak needs to be commended for taking up an issue that is deemed unsaleable even in the times of a ‘Jai Bhim’ and a ‘Vakeel Saab’. Would ‘Witness’ have made it to theatres and played successfully? In the Telugu States at least, the film would have failed to recover even its release expenses. In Tamil, it definitely stood a chance. 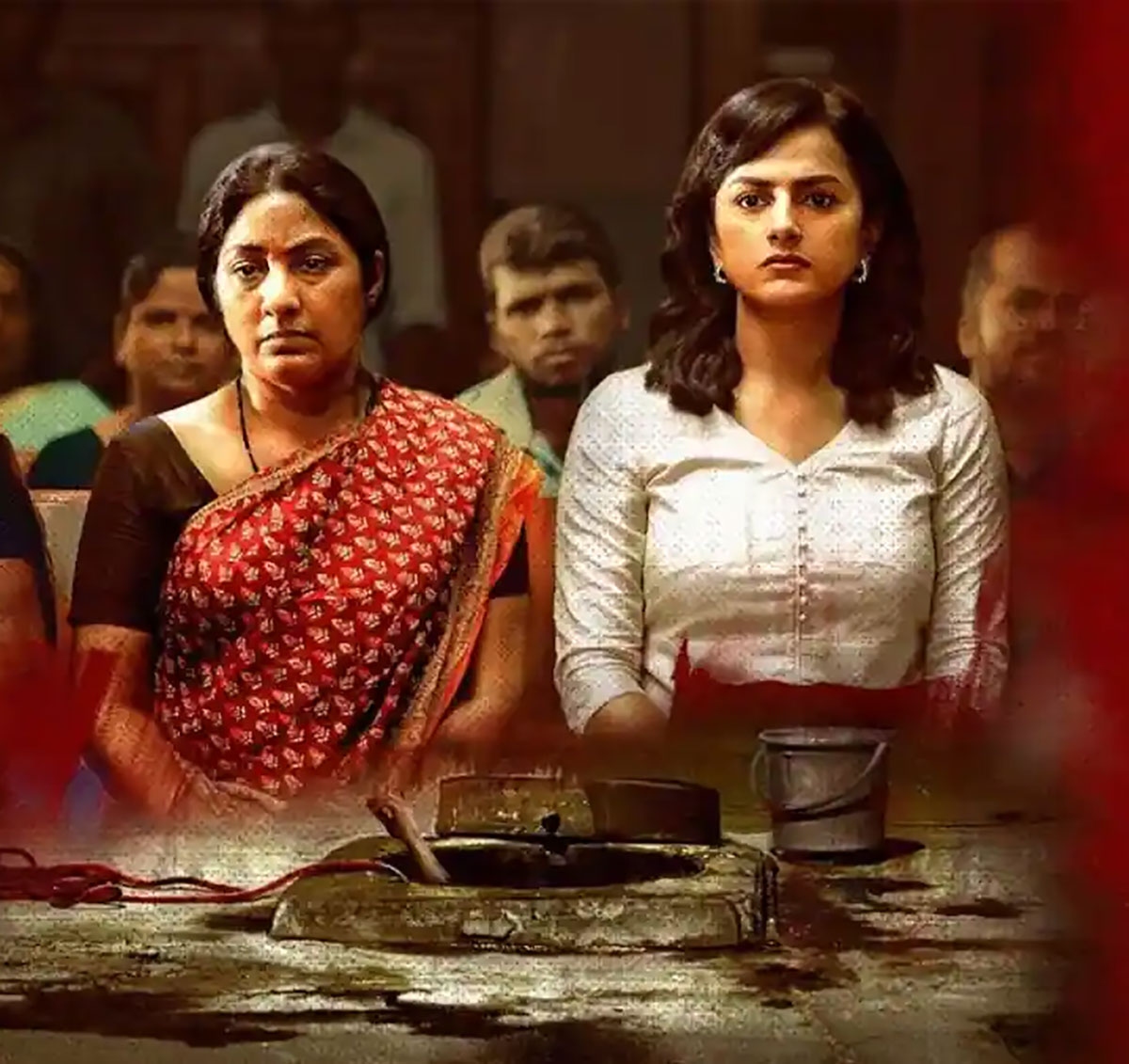 The issue of manual scavenging and how cast-based inequities have made it a bane for a particular caste group have been highlighted by ‘Witness’ without much fuss. The film takes sweet time to do its world-building through scenes involving Parthiban and his mother. The conversations are slice-of-life for the most part.

Written by Muthuvel, the film uses political ideology and the language of social justice to drive its story. In doing so, it sometimes oversimplifies the rot that afflicts the bureaucracy. It makes zero sense to school an official about how the buck keeps getting passed in the system when a lack of drive and vision in the bureaucracy is rampant. It’s also an irony that a judge has to harangue everyone in the system when the judiciary itself is saddled with millions of pending cases. Where does the buck stop in the judiciary? Also, whether it is bureaucracy or judiciary, apathy and corruption needn’t be seen through the lens of caste. The manipulative language of so-called social justice has been misused by self-serving political parties to perpetuate feudalism by another name in States like Bihar and Uttar Pradesh.

The slow pace of the story in ‘Witness’ could make you want to fast-forward. It’s a bane that some stories believe that the central message is enough to salvage the film. Rarely are both message and drama equally stimulating. 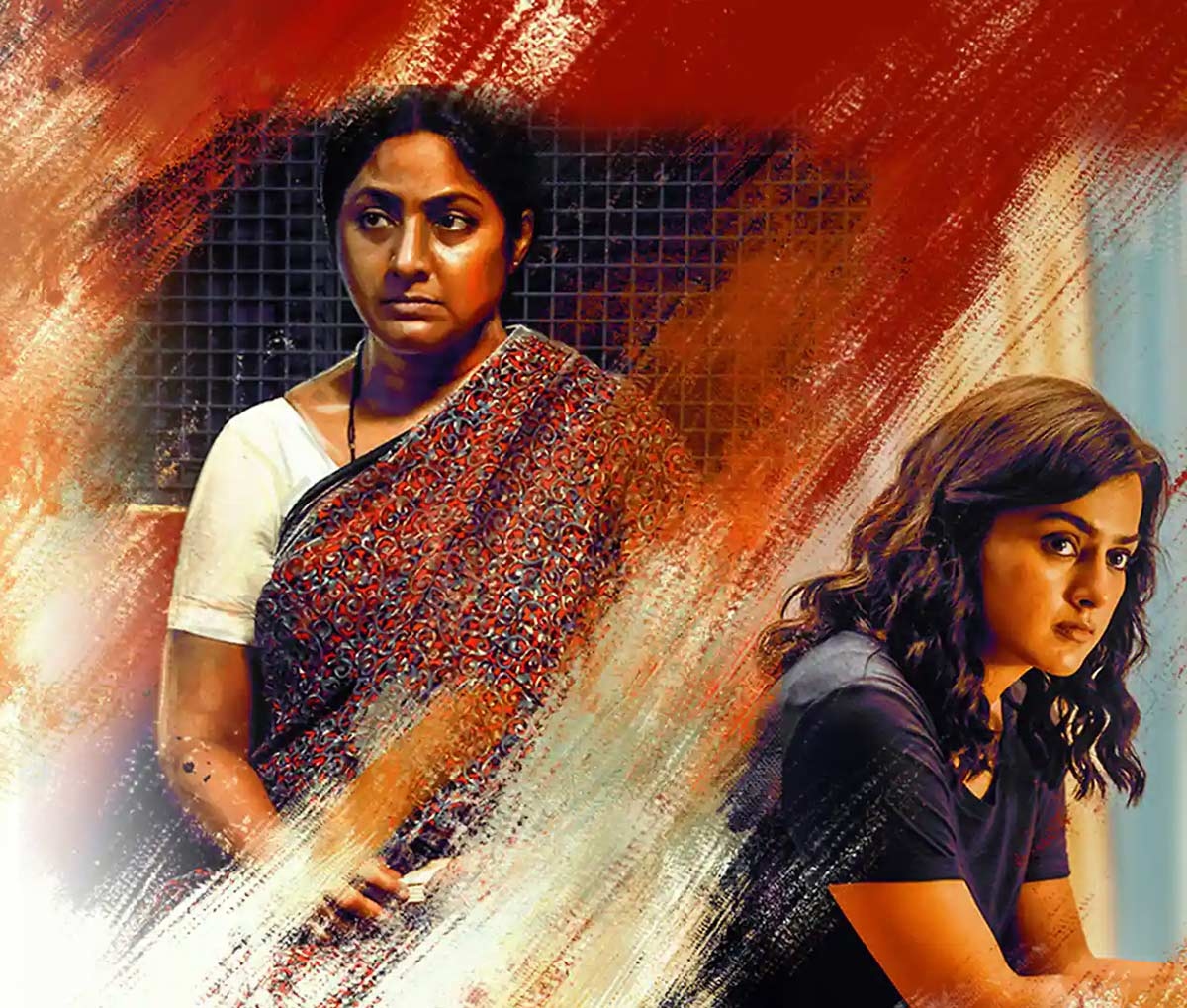 The courtroom scenes, which are both clinical and sincere, make up for the sluggishness of the first hour. The second hour is filled with legal arguments that give a glimpse of the nature and dynamics of a hearing. Here, too, when the scene shifts to the street or the house, the pace slackens.

The Telugu dubbing is unbearably bad. Rohini Molleti of ‘Baahubali’ fame is pretty familiar to the Telugu audience and someone who dubs for young women dubbed for her. The dubbing works only in courtroom scenes. In other places, it adds to the stage-y feel of the proceedings. Tamil actors G Selva and Shanmuga Rajan make little impact.

At about two hours, ‘Witness’ is a hard-hitting film that has got neat courtroom scenes. However, its first hour is entirely sluggish and vacuous. The world-building could have been way better. Shraddha Srinath and Rohini perform well.