Cheteshwar Pujara has now scored 5,000 runs in List A cricket. 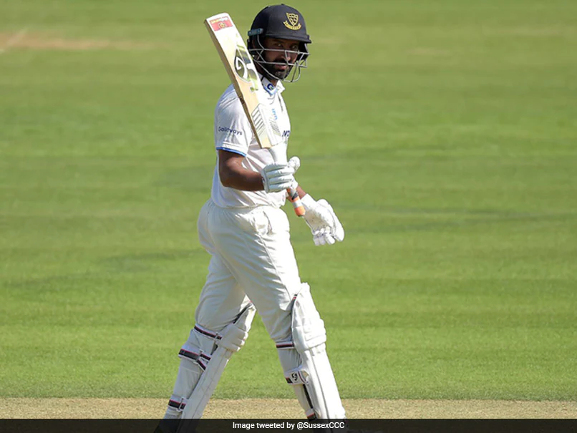 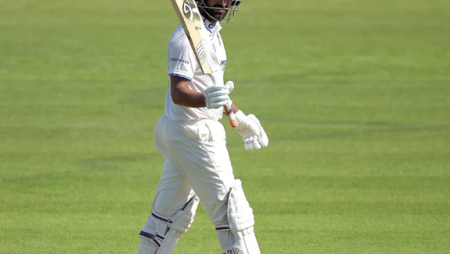 Cheteshwar Pujara, an Indian batter, has reached 5,000 List A runs. On Tuesday, India’s Test veteran reached this milestone during his team’s One Day Cup match against Middlesex at Hove. Pujara showed a different side of himself during Sussex’s match against Middlesex, smashing 132 runs in 90 balls with 20 fours and two sixes. He was hitting runs at a rate of 146.66 percent.

Pujara now has a total List A record of 5,059 runs in 111 games across 109 innings at an average of 57.48 (this includes limited overs games other than international matches as well as ODIs). In this format, his best score is 174. In this format, Pujara has 14 centuries and 31 half-centuries.

Notably, Cheteshwar Pujara has been in outstanding form for his county.

Pujara has scored 614 runs in eight innings in the One Day Cup, with an average of 102.33. His bat has produced three centuries and two half-centuries. His highest score is 174, which he achieved against Surrey. It is also the highest score in List A cricket by a Sussex player.

The batter is the tournament’s second-highest run-scorer, trailing only Stephen Sean Eskinazi of Middlesex, who has 658 runs in eight games.

Pujara has also proven his worth for Sussex in the longest format, the County Championship Division two.

Coming into his match against Middlesex, Sussex reached 400/4 in 50 overs thanks to centuries from Tom Alsop (189*) and Pujara (132). Alsop and Pujara put on a 240-run third-wicket stand. Middlesex’s best bowler was Max Harris, who took 3/56.

Middlesex did not appear to be a threat while pursuing 401. Joe Cracknell, the wicketkeeper-batter, scored a solid 71, while Martin Andersson scored 30. However, Henry Crocombe (3/33) and Delray Rawlins (3/61) were simply too good for their opponents, and Middlesex were bundled out for 243, losing by 157 runs.