Brad Hogg was taken aback by MS Dhoni’s powerful knock against KKR in the season opener of IPL 2022. 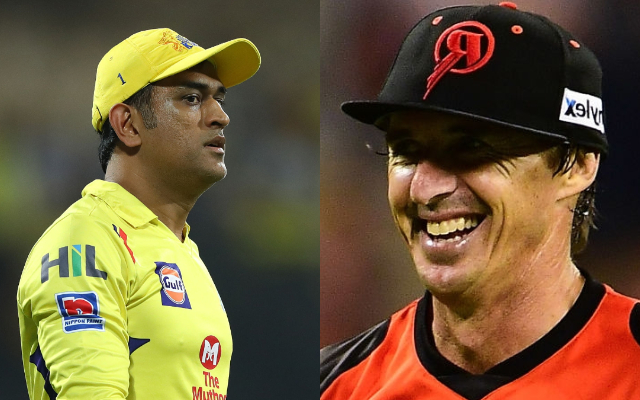 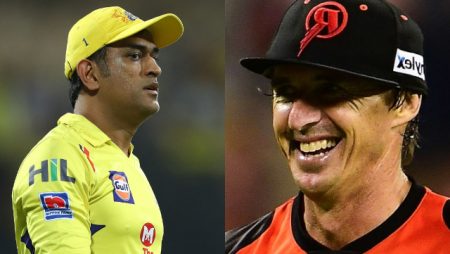 Brad Hogg was taken aback by MS Dhoni’s powerful knock against KKR in the season opener of IPL 2022. Hogg praised MS Dhoni for standing up for his team under pressure and smashing 50* off 38 balls.

Veteran Australian spinner Brad Hogg praised former CSK skipper MS Dhoni for his 50-run knock. Against the Kolkata Knight Riders in the first match of the Indian Premier League (IPL) 2022 season (KKR). The 40-year-old was at his best, hitting 50* runs off 38 balls, including seven fours and one six.

After winning the toss, KKR skipper Shreyas Iyer asked CSK to bat first. The KKR bowlers had no answers for the ‘Yellow Army’ batters, who lost half their side with the scoreboard reading 61/5 in 10.5 overs. However, new skipper Ravindra Jadeja and Dhoni put on a valuable 70-run partnership to help their team reach a respectable total of 131 runs. With Jadeja struggling to score runs, it was the former captain who turn back the clock to demonstrate his top-notch finishing abilities.

Also Visit: Mark Wood’s ramblings while under anesthesia following elbow surgery have Twitter in a tizzy.

It was unbelievable: Hogg on MS Dhoni under extreme pressure.

Former Australian spinner Brad Hogg praised Dhoni’s innings in a video posted on Twitter. “Right, what can we learn from MS Dhoni’s innings on the first night of this #IPL2022?” he wrote. “Lessons to be learned for all the young people out there.”

“Right, the Dhoni innings for CSK the other night was incredible and under extreme pressure.” “He took his time, and then out on the back end, he dominate and got his run rate back up,” Hogg said in the video.

Hogg also mention the Lucknow Super Giants’ (LSG) young batter Ayush Badoni, who scored 54 runs for his team in a game against the Gujarat Titans. The former spinner has drawn parallels between Dhoni’s and Badoni’s innings, claiming that both came under pressure when their teams need it the most.

Meanwhile, in IPL 2022, LSG will face the defending champions in match seven. On March 31, the match will be played at Mumbai’s Brabourne Stadium (Thursday).

Also Read: IPL 2022: Harshal Patel is only the second player after Mohammed Siraj to achieve a rare feat.