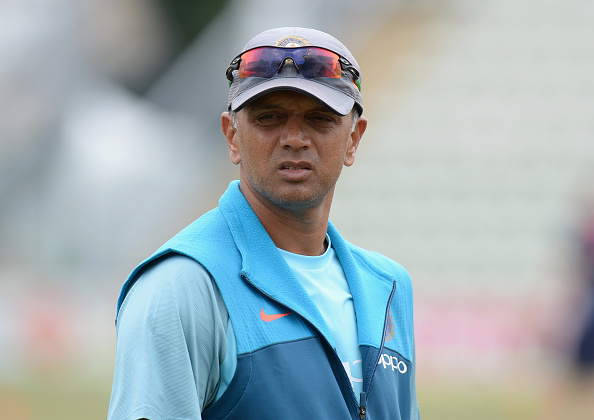 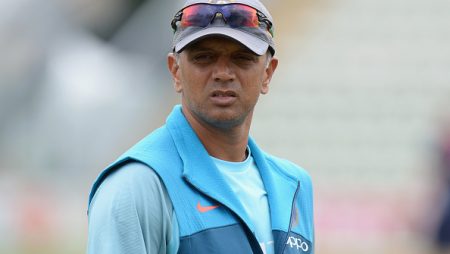 WORCESTER, ENGLAND - JULY 18: Rahul Dravid, coach of India A during Day Three of the Tour Match between England Lions and India A at New Road on July 18, 2018 in Worcester, England. (Photo by Tony Marshall/Getty Images)

The five-match Twenty20 International series between India and South Africa gets underway on Thursday at the Arun Jaitley Stadium in New Delhi. On Monday, the team led by KL Rahul began series preparations. Umran Malik’s performances in the IPL impressed everyone, as he took 22 wickets for SunRisers Hyderabad and clocked the second-fastest delivery of the season at 157kmph. So it will be interesting to see if he is given a chance in the first T20I against the Proteas.

Rahul Dravid spoke to reporters about the pacer from Jammu Umran Malik and what he can bring to the table.

“Yes, it is thrilling. He bowled very quickly and with pace. Another interesting aspect of watching the IPL from afar has been the number of Indian bowlers who bowl quickly. And, as a coach in all three formats of the game, I would love to see that translated into the longer formats of the game. But watching Umran in the nets is brilliant because you can see that he has that pace “Dravid stated.

“Obviously, he is learning. He is a young boy and he is getting better, improving. The more he is able to play, the better he is going to get. From our, perspective, very happy to have someone like him in the mix. We have to see how much playing time we can give him, we need to be realistic, we have a large squad, it is not possible to give everyone playing XI time. I think I am certainly someone who likes to have that consistency, give people te and let him feel settled in the positions. It would be interesting time to see how much playing time we give to Umran, we also have Arshdeep here who is brilliant as well. We have experience in the form of guys who have been with us before, Harshal, Bhuvi, Avesh. There are certain things we need to look at but it is nice and exciting to have a couple of young guys in the mix as well. It has given an opportunity for us to broaden our pool and see what they can do”

Hardik last appeared for India in the 2021 T20 World Cup

For the T20I series against South Africa, Virat Kohli, Rohit Sharma, and Jasprit Bumrah have all been rested. Youngsters who shone in the recently concluded IPL, such as Umran Malik and Arshdeep Singh, have been given a chance in the series.

In Rohit’s absence, KL Rahul will lead the Indian team. Veteran wicketkeeper Dinesh Karthik has also returned to the squad after strong performances for Royal Challengers Bangalore in the IPL.

Hardik Pandya, who led Gujarat Titans to IPL victory in their inaugural season, has also rejoined the squad. Hardik last appeared for India in the 2021 T20 World Cup in the United Arab Emirates.

Also Read: T20 Blast 2022: ESS vs KEN Match Prediction – Who will win the match between Essex and Kent?