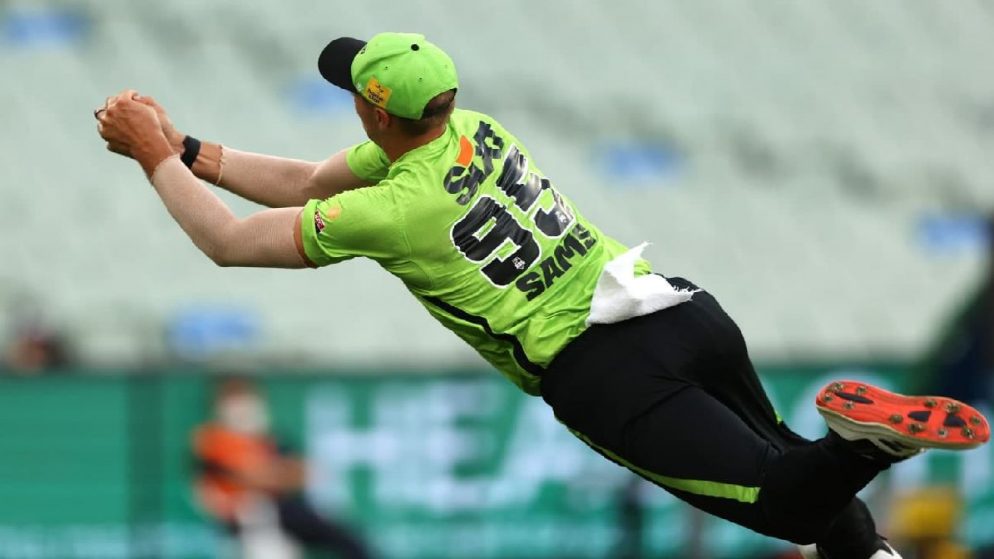 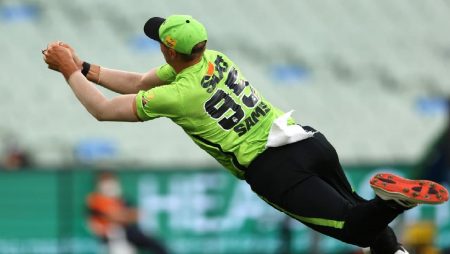 Alex Carey made a decent connection, but Daniel Sams. Who was standing at deep midwicket, took a couple of quick steps and then flew towards his left side to pluck an absolute blinder.

Australia all-rounder Daniel Sams defied gravity with a flying catch in the deep during the BBL playoff match. Between the Sydney Thunder and the Adelaide Strikers on Sunday at the Melbourne Cricket Ground (MCG). In the fifth over of the Strikers’ inning, wicketkeeper-batter Alex Carey attempted a big hit after Tanveer Sangha had given the ball a lot of air. Carey did make a decent connection, but Sams, who was standing at deep mid-wicket, took a couple of quick steps and then flew towards his left side to pluck an absolute blinder.

The former RCB and Delhi Capitals players, on the other hand, had a “subdued reaction.” After dropping a much easier catch just moments before.

Here is the video of Daniel Sams makes a flying catch:

After winning the toss, the Strikers chose to bat first against the Thunder in the first playoff game.

Carey and Matt Short added 41 runs in the first 4.2 overs for the Adelaide-based team.

While Carey was out for 23, Short and Ian Cockbain continued to lead the Strikers’ charge, adding 50 runs for the next wicket.

Jason Sangha outplayed Short (39) but Cockbain remained vigilant. Smashing a 38-ball 65 as the Striker posted a total of 184 for six in 20 overs.

In response, the Thunder could only garner 178 for six runs, falling six runs short. The Thunder’s quickfire fifties from Sangha and Alex Ross were insufficient to get them over the line.

Also Visit: Virat Kohli demonstrates that rumors about him losing his intensity are greatly exaggerated.