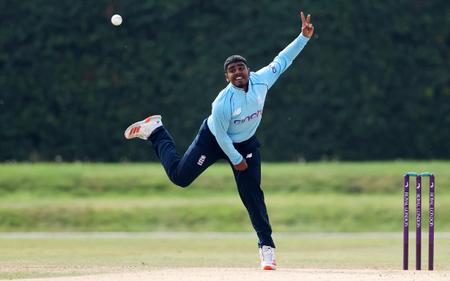 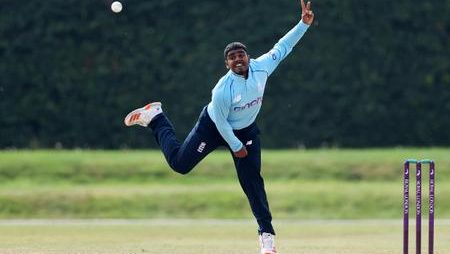 “We see him as one of those very rare talents” – Ben Stokes said.

Rehan Ahmed was chosen as a young player for the Pakistan tour. And how he would likely be ready for the following series, according to Ben Stokes, captain of England’s Test squad. The 18 year old spin bowling all rounder. Who turned pro this year and plays for Leicestershire in the County Championship. It was a member of the England squad that participated in the U 19 World Cup.

He made an impression during his time with the County team. When he started his career with a century and a five wicket haul. It makes sense that Stokes praised the young player for making an impression early in his career. Which contributed to his selection for the team.

“We see him as one of those very rare talents, to have someone at such a young age be so noticeable with the way he bowls and the way he bats,”

Stokes thought that the young player might be developed in the interim and that it was a wonderful opportunity for him to become acclimated to the England locker room. In the historic three-match series against Pakistan that begins on December 1, he said, Rehan will be given a Test cap if necessary.

“We saw it as a good opportunity to get him into the squad, around the group and into the environment. We’re fully aware he’s not the finished project and I think it’s important for his inclusion not to be looked into too much.”

“We see this as an opportunity to get someone as talented as Rehan into the squad and nurture him. Who knows where he could be in two or three years’ time. I’m excited to have him in the squad, but if we feel we want to chuck him a Test cap, we’re in the position to do that,”