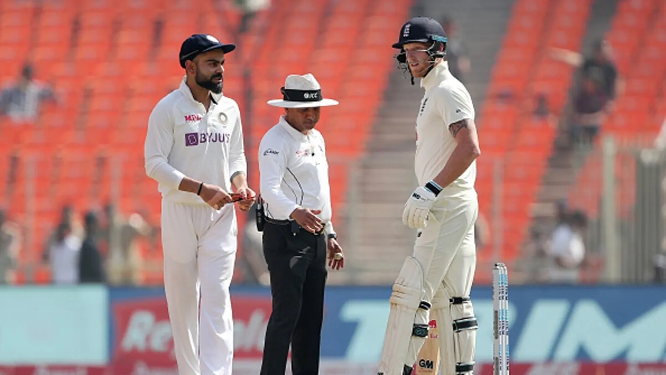 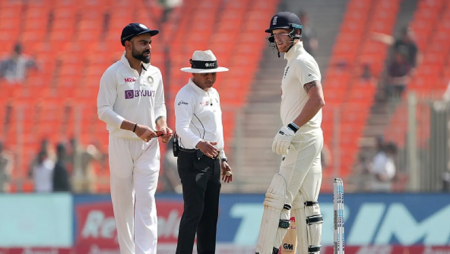 On the field, Ben Stokes and Virat Kohli have a love-hate relationship. The pair never shied away from displaying their competitive sides, especially when India and England faced off. However, after Stokes ended his ODI career last month. Kohli demonstrated great sportsmanship spirit with a morale-boosting social media post that demonstrated that their rivalry is only professional and the duo holds no personal grudges.

When asked about their rivalry. Stokes stated that while there are amazing contests and individual rivalries between athletes on the field, there is always mutual respect and admiration for each other off the field. In addition, the southpaw compared his professional relationship with Virat to that of Wimbledon champion Novak Djokovic and star Australian tennis sensation Nick Kyrgios.

Also Visit: Krunal Pandya of Warwickshire has been ruled out of the ongoing Royal London One-Day Cup due to a groin injury.

England’s Test captain and one of their star all-rounders in T20Is is Ben Stokes, who scored an unbeaten match-winning 84 in the 2019 World Cup final at Lord’s. On July 18, 2022, he shockingly announced his retirement from One Day Internationals, citing workload management and his inability to give his all in that format.

Stokes’ unexpected retirement from One-Day Internationals has put the Three Lions in a bind as they plan for a successful world cup defense in India next year.

Also Read: During the Zimbabwe ODI, a fan approaches Shikhar Dhawan and asks for his “shirt.” Here’s His Funny Reaction