Babar Azam is the backbone of our team: Shahid Afridi 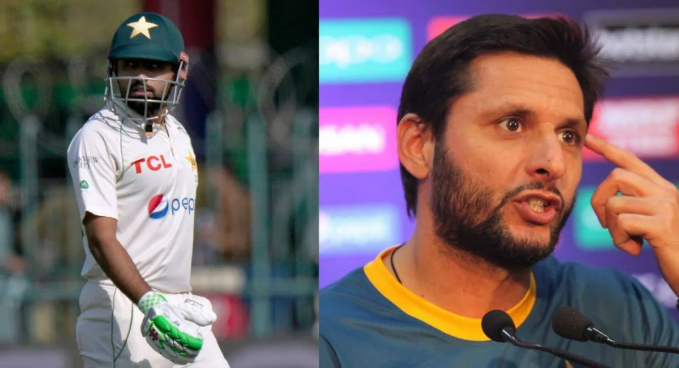 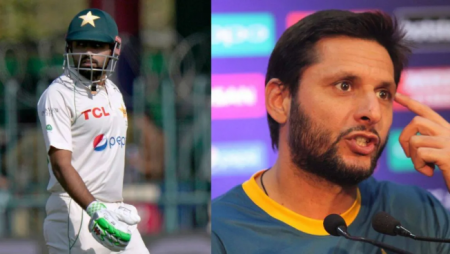 Babar Azam is the backbone of our team: Shahid Afridi. “We’ve come to encourage him [Babar] and to share our experiences with him. We believe we can assist him in areas where he can develop as a captain “Afridi stated.

Shahid Afridi, Pakistan’s interim chief selector, has backed Babar Azam after he failed to impress in critical moments. In 2022, the Men in Green were defeated in the finals of the Asia Cup and the T20 World Cup, as well as by England in a three-match Test series at home. Many previous cricketers urged Babar to resign as Pakistan captain, but Afridi has stood by him and wants Babar to enter the ranks of world-class captains.

Following his appointment, the 45-year-old complimented Babar, calling him the “backbone” of the Pakistan team. As the chairman of the selection committee, Afridi stated that he wishes to assist Babar in becoming a better leader and is willing to share his knowledge with him.

“See, we’re going to operate this selection committee with everyone together because it’s not just a captain’s squad. We would want to cover several of the points raised before since we desire strong results. Our team’s backbone is Babar Azam. We want him to enter the ranks of world-class skipper, just like he is a world-class player,” Afridi was quoted as saying by NDTV.

“So we are basically here to encourage him and share our experiences [with him]. We believe we can assist him in areas where he can develop as a captain,” the former cricketer stated.

When you lose, such things come up: Babar Azam

Despite enduring criticism in the previous year, Babar has remained upbeat and believes that the side can win the two-match Test series against New Zealand. Babar also stated that he does not like to bat under pressure since his game suffers as a result.

“To be honest, I don’t handle pressure well. When you put yourself under strain, your game suffers. I believe that because it is a new day, a new team, and a new match, everything will be different. It’s our unit and that unity; they support each other, not just myself,” Azam remarked ahead of Pakistan’s first Test against New Zealand.

“Such things arise when you lose. All athletes help one another. As a player and captain, I stay in my comfort zone. Yes, we lost a series, but we will make a return, Insha’Allah,” the 28-year-old continued.