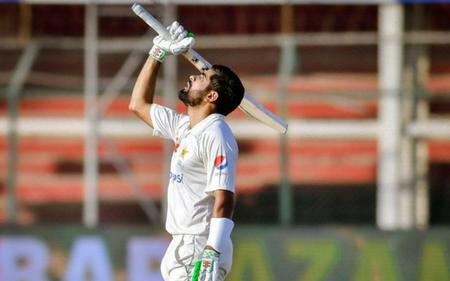 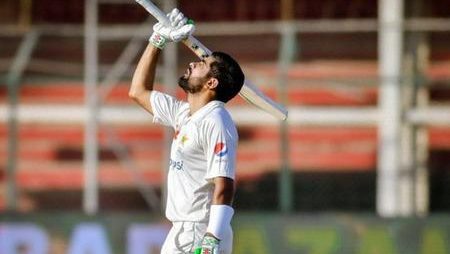 Babar Azam, the captain of Pakistan, has been breaking records recently by putting up consistent performances in all forms. Babar has already amassed 10,000 and 11,000 international runs this year. But in the current first Test match against England at the Rawalpindi Cricket Stadium. He has added yet another achievement to his resume.

Azam, 28, broke a rare milestone in 2022 by slamming the most tons in international cricket. While also scoring another tantalizing century and reaching 1000 Test runs at home.

Read also: Regarding Ruturaj Gaikwad’s potential for international success, Ravi Ashwin makes a bold claim. – ‘Look at who he is competing with’

Purple Period of Babar Azam in 2022

Thus, the Pakistani skipper outperformed English batting star Jonny Bairstow, who had six tons in 2022. With seven hundreds this year. In addition to these two, Usman Khawaja of Australia. And Imam-ul-Haq of Pakistan each have five hundreds to their names. While Joe Root, a former England Test captain, has four.

Azam has also been successful in registering 14 half-centuries this year in addition to his seven tons. Babar hit 136 runs off 168 deliveries in this match the first Test against England, helping Pakistan approach the 500 run threshold in response to England’s first-inning total of 657 on a flawlessly flat pitch.

It is yet unclear whether the Pakistani skipper will be able to complete this year on a strong note with two more Tests remaining after this one. Personal note: For Babar Azam, who has struggled mightily on the 22 yard line in two big competitions this year the Asia Cup and the T20 World Cup this is undoubtedly a morale-boosting milestone.

However, both competitions were beneficial for Pakistan as a whole because they advanced to the final and lost to Sri Lanka and England, respectively.

Going back to the Rawalpindi Test, Pakistan finished the third day of play 158 runs behind with a total of 499/7. The hosts will be looking to gain ground and cut the gap on England’s first innings advantage when play gets underway on Sunday, December 4.