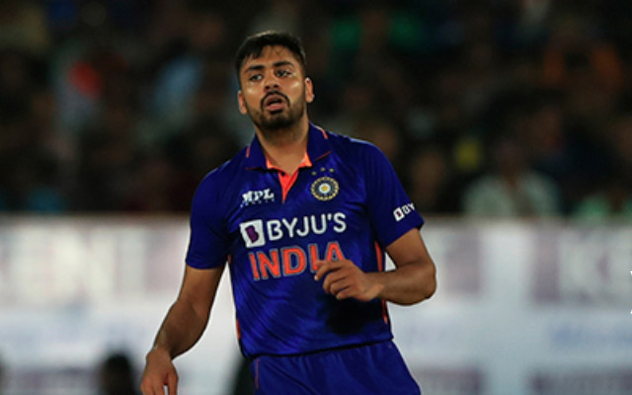 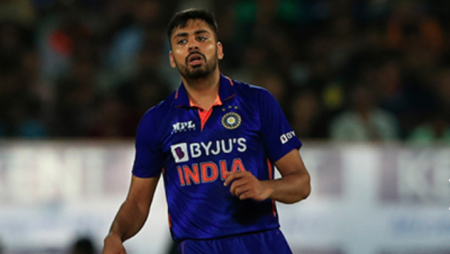 Avesh Khan had a bad day against Hong Kong:  Nikhil Chopra. Nikhil Chopra felt Avesh Khan’s plans did not work out, but he will look into it.

On Wednesday, August 31, India defeated Hong Kong to secure a spot in the Asia Cup 2022 Super Four. India topped the points table after defeating Pakistan in their first game of Group A, and with their second win, the Men in Blue advanced to the next round. They will now face the winner of Pakistan vs. Hong Kong in the Super Four match on Sunday, September 4.

Though India defeated Hong Kong, the team’s young bowlers- Arshdeep Singh and Avesh Khan- conceded a lot of runs, with the latter being the pick of the day for the opposition batters. Avesh Khan conceded 53 runs in his four-overs quota, while Arshdeep Singh was hit for 44 runs during his spell, as both pacers claimed a wicket.

Nikhil Chopra mentioned on the BatBricks7 Presents Run Ki Runneeti show on CricTracker that Avesh Khan was looking to try something new, but the plan did not fall into place, and as a result, he ended up conceding so many runs.

“You see, 53 runs have been given away, and if you look at his boundaries, five fours and four sixes, I think the length he’s trying to hit, the mentality behind it, the field setting not falling into place, was he trying to do something different?” “Usually, we see him bowling slower balls very well and focusing on the back of the length,” Chopra said.

Also Read: The Johannesburg Super Kings have revealed their team logo for the upcoming SA20 League.

I’m more interested in the comeback delivery after a boundary hit: Nikhil Chopra

Avesh Khan’s performance against Pakistan was also commendable, as he bowled only two overs, allowing 19 runs and taking a wicket. However, his economy in both games has been concerning. Being in a team with senior and experienced players like Bhuvneshwar Kumar will be a learning experience for the youngster as he progresses.