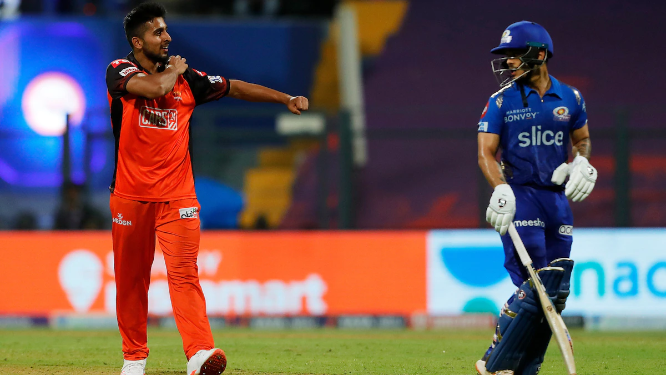 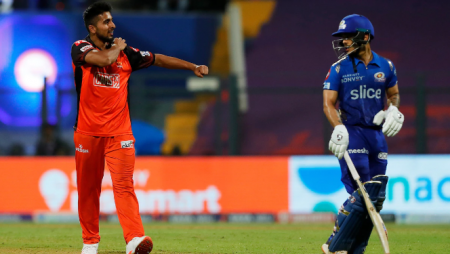 Umran Malik took three wickets for 23 runs against Mumbai Indians in the Indian Premier League (IPL) 2022 on Tuesday. Ishan Kishan, Daniel Sams, and Tilak Varma were among his victims. Kishan’s dismissal, while batting on 43, demonstrated that the left-handed opener is vulnerable to fast bowling, according to Matthew Hayden, a former Australian cricket team player. Kishan fell to a full-length delivery from Malik that he couldn’t middle and was brilliantly caught at mid-on by Priyam Garg, who ran backwards.

“It’s not just the newcomers. Ishan Kishan was exposed tonight by high-quality fast bowling. And that’s a concern because, once you get to the highest levels, where you’ll be doing a lot more of that type of bowling, 140s-150s will always be there, especially if there’s a little bounce in the wicket “In the post-match show on Star Sports, Matthew Hayden said.

Malik, the SunRisers Hyderabad pacer, has wowed everyone with his raw speed. With 21 wickets, he is currently among the top four wicket-takers in the Indian Premier League (IPL).