Ashes test series: Pat Cummins says “I saw pretty clearly there the benefits of it” 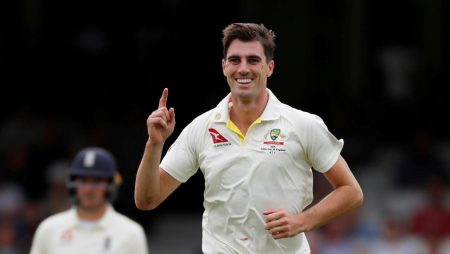 Ashes test series: Pat Cummins has credited Zaheer Khan for motivating him. By showing bowlers can lead as well. Also, Cummins recollected his stint with Delhi Daredevils. Under Zaheer Khan in IPL 2017 and stated he didn’t see any drawbacks. Cricket Australia officially announced Cummins as the nation’s 47th Test captain. Tim Paine will lead Australia in the upcoming Ashes series. However, there is a notion of whether Cummins, as a frontline bowler, can do the job. Also, Cummins feels Khan led the way. And saying he did an incredible job and didn’t see any struggle. The number one Test bowler credited Khan for helping him with field changes.

“I really liked his work tactically around T20s. He was just fantastic. Just someone great to bounce bowling ideas off and it was even better than he was at the top of my mark, you know, helping me set fields and tactics. I saw pretty clearly there the benefits of it. I didn’t see too many drawbacks. It’s a different format, but I thought he was fantastic,” Cummins said.

Furthermore, Cummins is notably the first frontline bowler to captain Australia since Ray Lindwall in 1956. However, the New South Wales bowler has zero international experience as a captain. Cummins addressed Smith’s appointment as his deputy saying he argued for it. Smith also expressed confidence in the experienced men around him.

Ashes test series, “There’s a couple of more unknowns about having a bowling captain. That’s why from the outset I was absolutely determined if I was captain to have someone like Steve as vice-captain. I feel like I’ve got quite a lot of experience to draw on. A lot of the problems or potential issues around being a fast-bowling captain, I’m sure we’ll be able to work through,” Pat Cummins said.

Lastly, Steve Smith‘s return to the helm earned mixed reactions. And, according to a few former cricketers, Cricket Australia should move on from him. He is one of the batting unit’s most experienced and important players.

Visit also: Aakash Chopra once again flagged the “very ordinary standard” of umpiring on Day 2 of the first test between IND and NZ