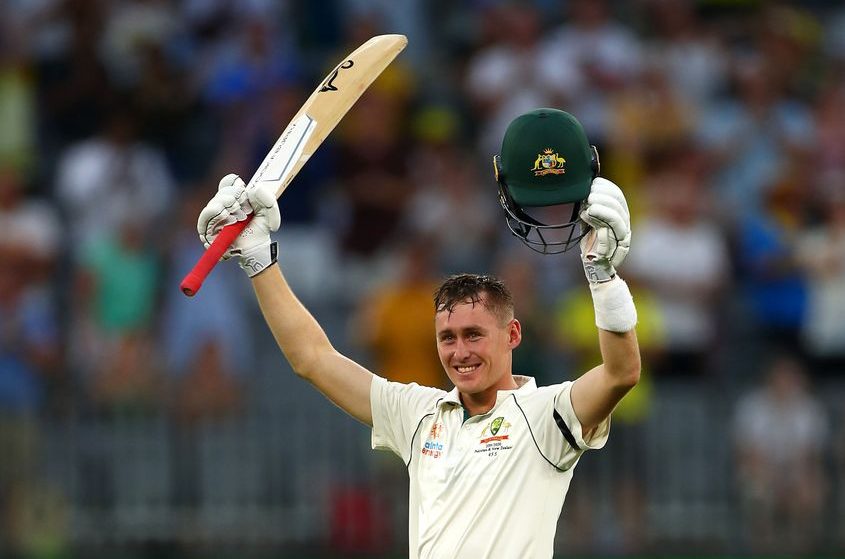 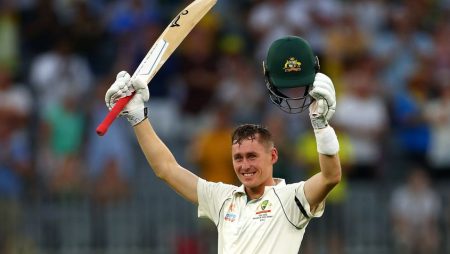 Ashes Test: Marnus Labuschagne was in his element on Day 1 of the second Ashes Test against England. Labuschagne batter was heard on the stump mic praising himself. Moreover, After ducking a bouncer from Ben Stokes. In the five-match series, they are 1-0 ahead. At the pink-ball Test in Adelaide, Australia won the toss and elected to bat first. On Day 1, the hosts were in control at tea, having reached 129 for 1 in 53 overs. Also, David Warner was unbeaten with a score of 65. And then Marnus Labuschagne had a score of 53.

Furthermore, Marnus Labuschagne had battled hard for his half-century. Getting ready for a cup of tea, he had faced 160 balls for his 53 and hit only three boundaries. Australia lost Marcus Harris for 4, brilliantly caught by Jos Buttler off Stuart Broad. Also, Labuschagne and Warner then featured in a century stand for the second wicket.

Ashes Test: Australia was dealt a major blow ahead of the second Ashes Test when captain Pat Cummins was ruled out of the contest. Cummins had a close call, according to Cricket Australia. On the eve of the game, a positive COVID-19 case was discovered. He’ll also be unavailable for selection. In the absence of the pacer, Steve Smith is guiding the squad in the pink-ball Ashes match. Cummins had direct contact with the COVID-19 positive case. In other words, he was out for dinner in an Adelaide restaurant. For the next seven days, the Australian Test skipper will be quarantined. Also, in Cummins’ absence, Michael Neser was given his Test debut.

Ashes Test: “I’m disappointed that I won’t be able to attend this Test. But I’m looking forward to seeing Neser receive his chance in the baggy green. He’s put in the effort and is a highly skilled player. COVID has thrown us all some curve balls over the last couple of years. Which has been really aggravating. I’ll be rooting for you!,” Pat Cummins said.