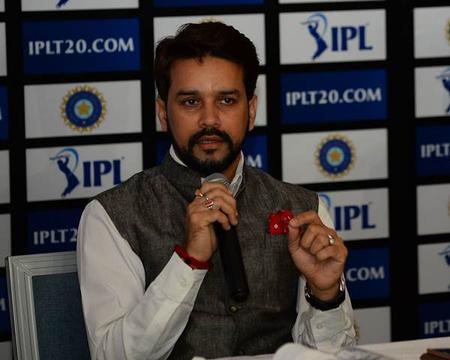 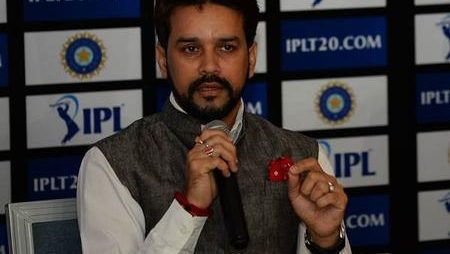 Anurag Thakur, the minister of sports, responds to Ramiz Raja’s controversial comments – ‘No country can overlook India’. ‘We have a clear stand: If the Indian team comes here then we will go for the World Cup’ Ramiz Raja had said.

According to Jay Shah, the BCCI secretary and head of the Asian Cricket Council (ACC). Who made the statement last month, the Indian team won’t be traveling to Pakistan for the 2023 Asia Cup. Ramiz Raja, the chairman of the PCB, was not please with the Indian management’s proposal to move the UAE location.

The former cricketer responded to Shah’s comments by casting doubt on it. The PCB was incense that neither the ACC nor the BCCI had informed it of anything, keeping it in the dark.

The narrative didn’t end there, though, as Raza said that if India doesn’t visit Pakistan for the next Asia Cup, the Pakistani squad won’t be going there for the ODI World Cup in 2023.

Anurag Thakur, the former board president and current sports minister of India, reminded the PCB head of India’s dominance in international cricket. The BCCI has not yet responded. Additionally, he stated that at this time, no team in the entire globe can ignore India.

“Wait for the right time. India is a major power in the world of sports & no country can overlook India,”

80 applications are submitted to BCCI for a new selection panel.

After the Men in Blue failed to meet their goal in 2022, the BCCI under Roger Binny fired every member of the selection committee for the Indian Men.

According to accounts, there were several accusations made against them, including their participation in the game. The ex-batch was fire from their position for failing to observe India’s international games and other domestic matches from the stadium, in violation of BCCI regulations.

According to sources, in order to create the new selection committee, the organization has already received 80 new applications. The Cricket Advisory Committee of the BCCI will review the application and make a decision soon. Before Rohit Sharma and company depart for Bangladesh on December 1, the top members of the board are anticipate to meet in Mumbai.