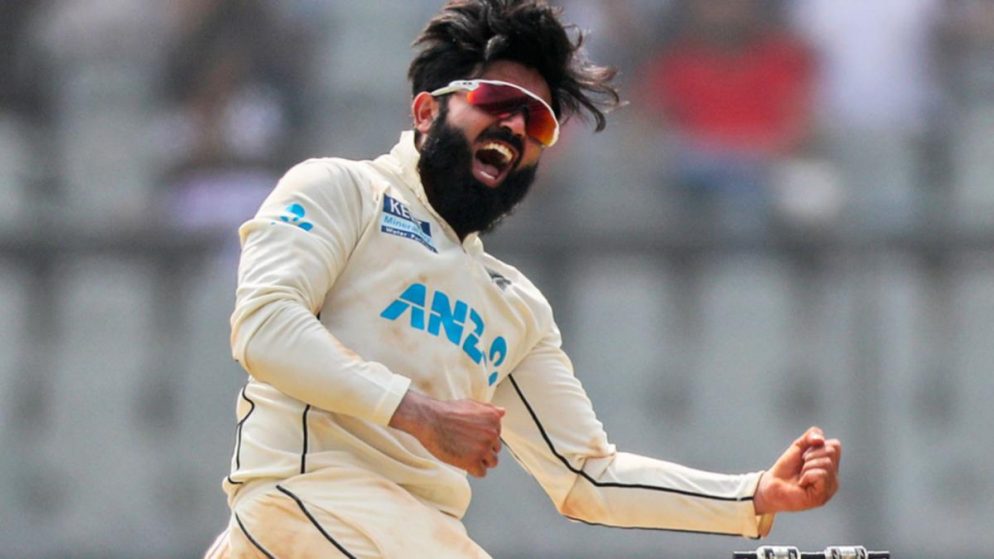 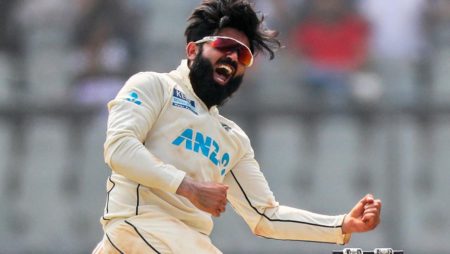 Despite a remarkable 10-wicket victory over India recently. Ajaz Patel has accepted his surprise removal from the home series against Bangladesh. And he hopes that the country’s groundsmen will construct spin-friendly tracks in the future to promote the skill.

Patel was left out of the squad due to the generally pace-friendly conditions at home, but the left-arm spinner stated that he will continue to battle for his position in the side.

‘stuff.co.nz’ reported Patel as stating, “One of my goals about being a spinner in New Zealand is to inspire another generation to take up the art.”

“I’m still going to battle to make sure spin bowling is a part of New Zealand cricket’s larger plan.”

“I think my role as a spinner is to show the groundsmen that something is feasible, and then it’s up to the groundsmen to turn around and say, ‘Well, actually, we want to see some spin bowling in New Zealand,'” he continued.

“It’s attempting to bring about that shift. At the same time. We recognize that doing so in our current living situations can be tough.” Patel, 33, believes that the transformation should start at home.

“I believe that groundsmen have room to innovate in domestic cricket. And I believe it will only benefit us as players. – Both in terms of bowling and hitting.” Patel admitted that his exclusion was inevitable given the circumstances. But he is disappointed nonetheless.

Also Read: IPL 2022: The BCCI will give CVC Capital the green light ahead of the upcoming season.

“It was more just expressing my unhappiness.” Patel said, “Because I think you still have to be able to express yourself. And show that you’re enthusiastic about playing Test cricket for New Zealand at home.”

“We have a solid connection with Gary (Stead), too; we’ve had some honest conversations. And while they’re not always pleasant, we can be honest with one other and know where we are.”

“We currently have one of the best crop of fast bowlers in New Zealand’s history. I suppose it’s just a part of the cricket period in which I’m currently living. Having that conundrum is fantastic for New Zealand Cricket.” “…I see why they’ve decided to go the other way. But, for me, it’s still a work in progress, and I’m still trying to make a difference.” Patel claims that he has been ignored by selectors for the forthcoming series, but that this will just fuel his desire for more Test appearances.

“I guess that’s kind of what my career has been about – every time I’ve had a setback or a letdown, the desire rises and the fire in the belly becomes stronger.”

“For me, it’s really just about getting back and knuckling down and improving my game in all aspects.”