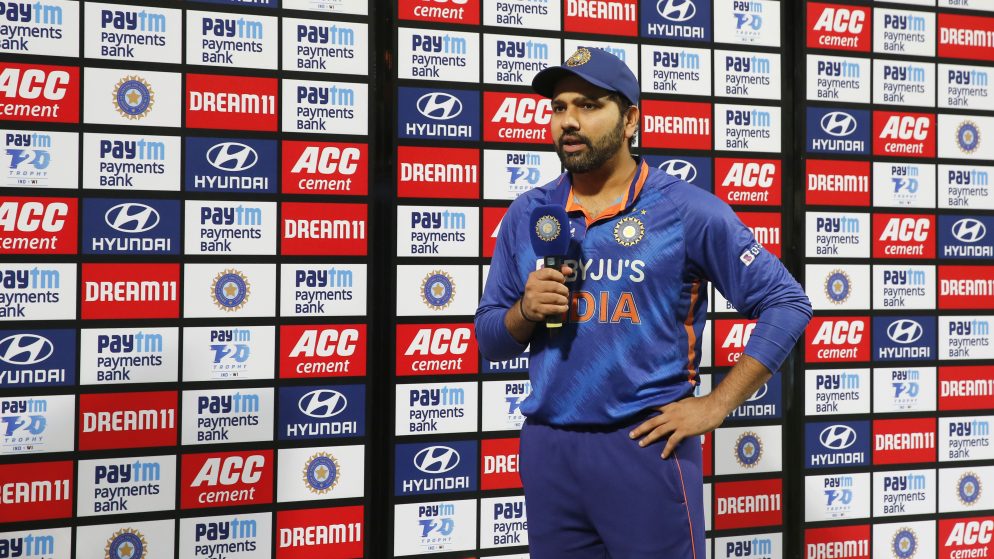 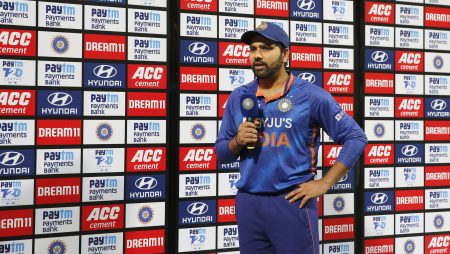 Rohit Sharma (Captain) of India during the second twenty twenty International, T20i, between India and The West Indies held at the Eden Gardens Stadium in Kolkata on the 18th February 2022 Photo by Deepak Malik / Sportzpics for BCCI

Bhuvneshwar Kumar’s form since returning from injury has been questioned, but India skipper Rohit Sharma “believes in him a lot” after the seamer bowled a brilliant penultimate over to help India win the second T20 against the West Indies.

In an exciting finish, West Indies fell short by eight runs after Bhuvneshwar Kumar conceded four runs in the 19th over. “You’re always a little scared when you play against these guys” (West Indies power hitters). In the end, it was a fantastic finish. We knew it wouldn’t be easy from the start. But I’m proud of how well we executed our plans under duress. When Bhuvneshwar Kumar bowled, the situation was critical.

Also Read: The BCCI given Virat Kohli a bio-bubble break, To miss the third T20I against West Indies.

“This is where prior experience comes into play. Bhuvi has been doing it for many years, and we have a lot of faith in him “said Rohit at the post-match presentation following the series-clinching victory.

He also lauds India’s batters, who posted a 186-for-five total at Eden Gardens.

“Virat’s approach relieved me of some of the pressure. This was a crucial inning. And kudos to Rishabh and Venky Iyer for a fantastic finish. It’s encouraging to see Iyer mature in this way. He appears to be confident, and near the end he asked if I wanted to give him an over.” However, he believes that the fielding could be improved.

“We were a little sloppy in the field, which disappointed me. If we had taken those catches, we could have done better. We want to try to avoid making those mistakes in the future “Rohit chimed in.

Despite the loss, West Indies captain Kieron Pollard took a lot from the game and praised Nicholas Pooran and Rovman Powell for taking the game to the final over.

“He was fantastic today (Powell). His collaboration with Pooran nearly pushed us over the edge. I’m happy with the guys. The ball was bouncing around, and they had some good bowlers. You must give credit where credit is due “He stated.

“In the first game, you could argue that we were a little sluggish in the middle overs, but we made up for it here. We are unable to call the batters out. We can look at it in a variety of ways to figure out how we got those eight runs. We’re still a work in progress.”