After India defeated South Africa in the third T20I, Rishabh Pant praised the bowlers for doing a “fantastic job.” 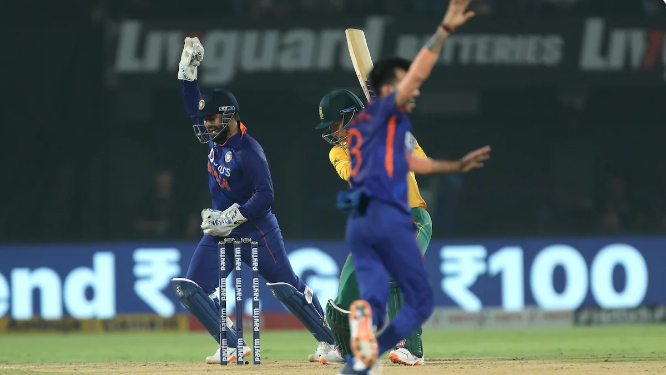 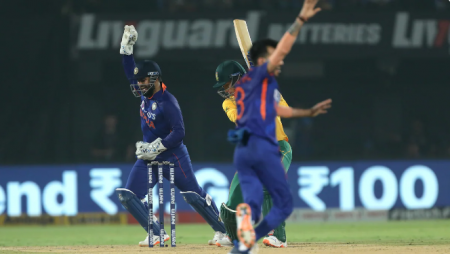 India skipper Rishabh Pant, who was pleased that his team was finally able to execute its plan flawlessly, emphasized the importance of spinners performing well in the middle overs, particularly in Indian conditions. The Indian spin duo of Yuzvendra Chahal and Axar Patel bowled beautifully to help India beat South Africa by 48 runs in the third T20I and stay alive in the five-match series. “The bowlers and batters both executed flawlessly. We were 15 runs short, but we weren’t concerned. Bowlers did an excellent job for us “Pant stated this during the post-match presentation.

Rishabh Pant praised the bowlers for doing a “fantastic job.”

“Spinners are important in India. In the middle overs, they keep the batsmen at bay. So there is pressure on them to perform, but in such games, this is what happens.” However, the skipper was dissatisfied with India’s middle-order batting collapse, which saw the team fall a few runs short of the target total.

Chahal, who was named Player of the Match for his outstanding performance, stated that he bowled to “”In the previous game, I was bowling too many and quick sliders.” I discussed it with Paras (Mhambrey) sir and the coaches. So I tried bowling quick leg-breaks today, but with a different seam position.

“I want to turn and dip the ball, but I was unable to do so the last time, allowing them to hit through the line. I attempted to get some turn and change the ball’s line.

Temba Bavuma, South Africa’s captain, felt that “as a collective, it wasn’t our best effort.”

“They were superior. They put us under pressure with the ball. The fielding didn’t help us at all. We didn’t really pitch up when we were batting. There were no partnerships, and there was no momentum.”

He lamented the missed opportunities on the field, including two dropped catches.

“There have been a lot of improvements in the fielding department, this game game wasn’t up to par, we were quite strong in the first two games.”

The tourists struggled at the top without star opener Quinton de Kock.

“We tried to assess and gain momentum, but we were unable to do so.” We are always under pressure when we lose three early wickets. Quinton is an essential team member.

“Unfortunately, he is not available. We have Reeza (Hendricks) at the top of our list. We’ll stick with Reeza because the opportunity exists.”

Also Read: Kyle Jamieson is out of the third Test against New Zealand due to injury.